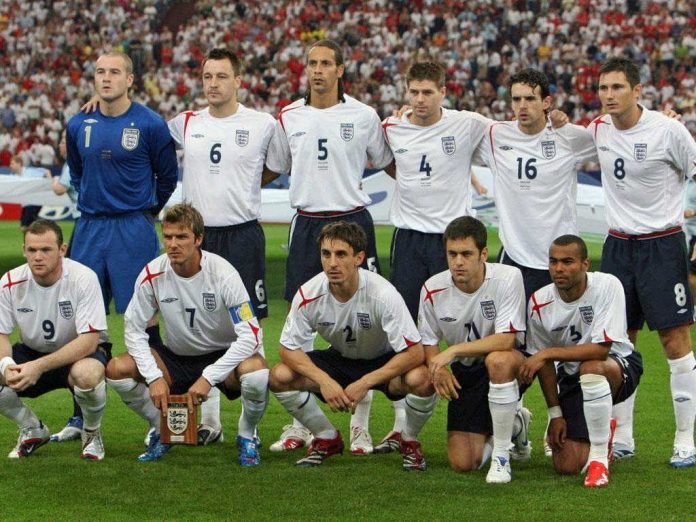 England has beaten Denmark and made it to the Euro-2020 final, with Italy already waiting for them. It’s a rather interesting matchup, which will decide the destiny of the trophy and might become one of the best games for England in recent history.

We decided to dive into the archives and remember five times when Three Lions outperformed the opposition in such a way that it amazed everyone. This means every football fan in the world, including the betting analysts and newsmakers at bookmaker-ratings.com, who are as amazed and excited as you are to see the most unpredictable final at Wembley.

While England has been doing well in football, they have also been performing exceptionally well in cricket which is evident by the record number of Englishmen in IPL teams. Fans can wager on these IPL matches by visiting the numerous IPL betting apps present online.

Probably the best tournament for England in the 21st century before Euro 2020. The team with Beckham, Scholes, Owen, Campbell, Ferdinand made their way from the difficult group. In the 1/8 finals, England met a talented Denmark squad and scored 3 goals in the first half.

Rio opened the score with the help of Beckham’s pass and the poor play of the goalkeeper Sorensen, while Owen and Heskey completed the case. Ericsson’s team was defeated by Brazil in the quarterfinals, sadly.

Revenge of the British and personally of David Beckham for what happened 4 years earlier in France. This time Argentina and England were in the same group, along with Sweden and Nigeria.

In the first round, the Argentines beat the Nigerians, the British drew with the Swedes, but in the end, Argentina went home, and England went further.

In their standoff Michael Owen earned a penalty at the end of the first half, who played an excellent match, Beckham scored it, and after the break, the British fought back and greatly upset the star team of Marcelo Bielsa with Batistuta, Veron, Crespo, Simeone, Zanetti and other timeless players.

At that tournament, Roy Hodgson had a young, brave and aggressive team that were ready if not to win, but to be remembered. This statement was superbly confirmed in Berlin.

For most of the away match, the British looked on the level of the current World champions, conceded 2 goals, but did not give up. It turned out even more convincing: the British showed not only a good game but also managed to make a comeback, breaking the unfortunate course of the game.

Harry Kane honoured Cruyff’s memory by making his signature turn in the penalty area and making the first goal out of nothing. Jamie Vardy, who came as a substitute, levelled the score. Dele Alli, who was playing an excellent match, missed the empty net, but his teammate Eric Dyer scored the winning goal instead. England can dream again.

Croatia had never lost an official match to England at their stadium before, but Steve McLaren no longer managed England. Capello started well, as usual, 19-year-old Theo Walcott played the best match of his life and scored a hat-trick. Goals from Rooney and Mandzukic with the departure of Robert Kovac completed the game.

England made it to the World Cup in South Africa without any problems, but Walcott didn’t make it there in the end.

England’s best match in this century. The Germans beat the British away, with a 6-point lead in the group, Carsten Jancker opened the score in the 6th minute, but then everything turned upside down.

Probably, this shame strengthened the Germans in the idea that it was necessary to build a new football system in the country, although at the World Cup-2002 itself, Germany eventually made it to the final. Even the British are far from achieving this, but a new dazzling victory over Germany returned the hope that it might be around the corner.