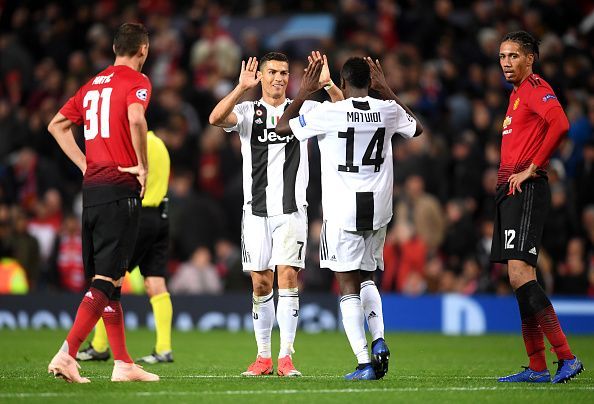 Manchester United’s woes carry on into late October with another defeat and this time at the hands of Juventus and Manchester home-boy Cristiano Ronaldo. This defeat at Old Trafford exhibits a stark reminder of how far apart Mourinho’s men are from Europe’s elites at the moment. 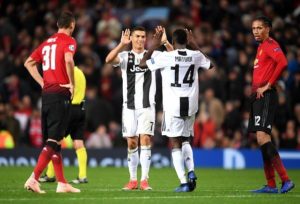 Wonderkid Paolo Dybala scored a 17th minute tap-in from a low cross by Ronaldo. Although the Italian champions had plenty of chances to increase their lead , they seemed to be content with playing for an 1-0.

United looked to be a team without a plan and failed to break down a sturdy defensive partnership of Chiellini and Bonucci. Jose Mourinho utilized the press conference to praise the duo by saying “Leonardo Bonucci and Giorgio Chiellini, they could go to Harvard University to give classes about how to be a central defender.

“Quality in football is everywhere. When I say quality I don’t just say creative players – Chiellini and Bonucci, it is absolutely beautiful to see.” added Jose.

As a result of the abysmal shape of United’s strategy , De Gea had to come alive on multiple occasions to keep the scoreline intact.

Ronaldo and Dybala were man-marked but managed to break free very often by interchanging positions between themselves and Juventus had extra man dropping into the zone at every possible opportunity in the form of Cancelo or Sandro.

Cristiano Ronaldo once again was on the victorious side at Old Trafford but in a different kit.