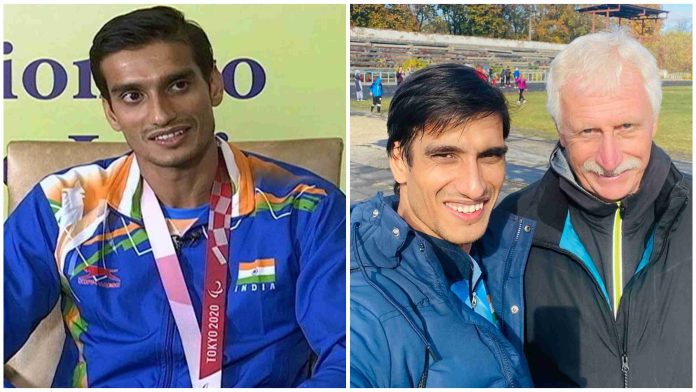 Last year, Sharad Kumar etched his name in history after bagging a bronze at the Tokyo Paralympics after four years of training under his Ukrainian coach Nikitin Yevhen. Now, the para high jumper is anxious about the safety of his mentor amidst the unsettling situation in Ukraine.

Hailing from Muzaffarpur in Bihar, Sharad Kumar has been training in Ukraine under the Sports Ministry’s TOPS (Target Olympic Podium Scheme). His mentor Nikitin Yevhen is based in Kharkiv, the second largest city in Ukraine after its capital Kyiv. Under Yevhen’s training in Kharkiv, Kumar became the Asian Para Games high jump champion for the second time in 2018 (The first time in 2014), followed by winning a silver medal in the World Championships a year later. His lastest achievement was bagging a bronze in the T-63 high jump event at the Tokyo Paralympics, clocking 1.83m.

Now, in the heels of Russian president Vladimir Putin launching a military operation in Eastern Ukraine, the city of Kharkiv which is located around 500km from the capital, suffered Russian air strikes. Worried about his mentor, Kumar revealed on Twitter that he had made contact with Yevhen, who could hear the bombing from his room and has been preparing to shift his garage underground.

“Just spoke to my coach in Ukraine Kharkiv, he is worried, he can hear bombing from his room, he is planning to move to his garage underground,” tweeted Kumar.

Just spoke to my coach in Ukraine Kharkiv , he is worried , he can hear bombing from his room, he is planning to move to his garage underground.