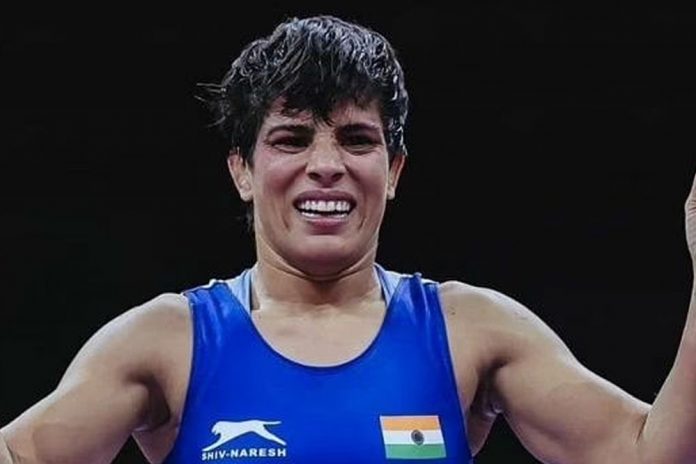 Indian wrestler Seema Bisla met her end at the ongoing Tokyo Olympics right in the first round of the Women’s 50kg Freestyle event as she lost 3-1 against Sarra Hamdi of Tunisia on Friday.

On the heels of Sonam Malik, Anshu Mali and Vinesh Phogat, Bisla became the fourth and final Indian women grappler to crash out at the Tokyo Olympics, as none of them were able to make it to the final rounds.

The 29-year-old Asian Championships bronze medallist, who earned a stunning qualification to the Olympics, started the bout with an aim to grip Hamdi, who returned the same efforts but neither grapplers were able to make decisive moves.

However, as a result of a comparatively passive approach from Bisla, the Tunisian was the first to take a 1-0 lead in the fight, and made it 2-0 after the break with the Indian looking unobtrusive on the mat.

Bisla did open up her scoring with taking a point to make it 2-1 with hopes of scoring an equalizer, but Hamdi was able to keep the grip on the fight and took the win with a 3-1 victory right in the first round.