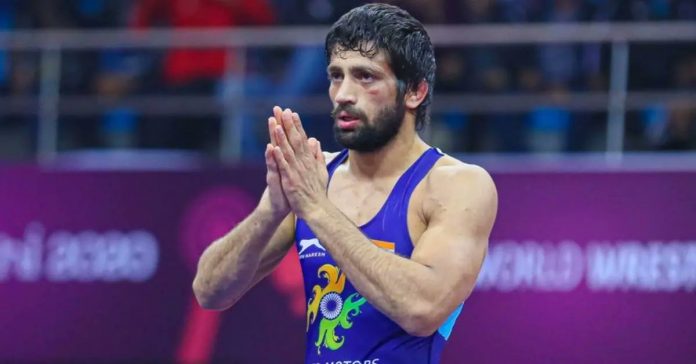 Indian wrestling icon Ravi Kumar Dahiya has secured his place in the men’s 57 kg quarterfinals at the ongoing Tokyo Olympics after defeating Tigreros Urbano of Columbia by technical superiority on Wednesday.

Dahiya, who is currently seeded fourth, showed utter dominance throughout the fight, minus sustaining just a single takedown in the first period. For the rest of the bout, he kept overpowering Urbano.

The two time Asian Games gold medallist kept attacking the Columbian’s right leg and even completed five takedowns in the second period of the fight, and courtesy of his technical superiority, the 23-year-old was awarded a victory with a minute and 10 seconds remaining on the clock, when he was leading the fight 13-2.

Dahiya will face European Championships bronze medallist Georgi Valentinov Vangelov of Bulgaria up next in the quarterfinals.