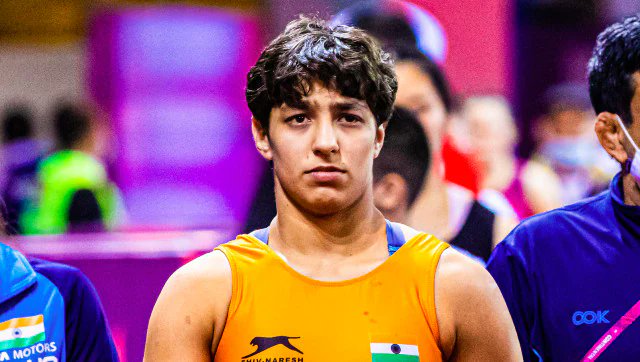 Anshu Malik, the ace Indian wrestler has suffered a premature elimination in her Tokyo Olympics campaign after suffering a loss in the women’s 57 kg opening round against Iryna Kurachkina of Belarus on Wednesday.

The fight saw European Champion Kurachkina going into an early offence right from the start as Anshu held her ground on the mat, but the Belarusian took a 2-0 lead and at the end of the first period, went 4-0 ahead of the Indian grappler.

In the second period, Anshu scored her first two points of the match with pushovers, while Kurachkina was given a final warning. However, she showed counterattacking moves and scored two more points, ending the match 8-2.

On the other hand, Deepak Punia and Ravi Kumar Dahiya both secured a win in their respective categories on Wednesday.