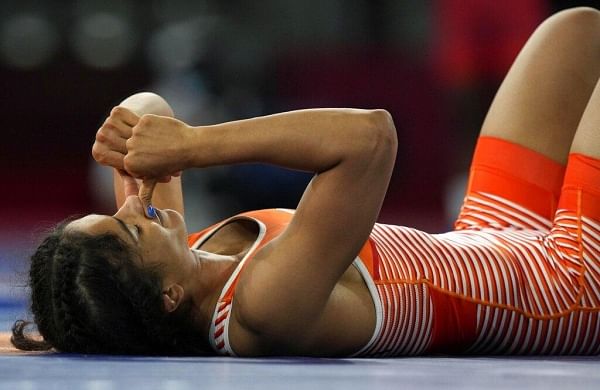 Indian wrestler Vinesh Phogat faced a disheartening defeat at the hands of Belarus’ Vanesa Kaladzinskaya in the 53kg quarterfinals at the ongoing Olympic Games in Tokyo. She ended up getting pinned by her opponent and she not only go out of the gold medal race but also now will face the risk of getting eliminated on Thursday.

Vinesh could not break down the rock-solid defense of Vanesa, who got her revenge from the Indian at the biggest stage after she had suffered a similar embarrassing defeat ‘by fall’ earlier this year in Ukraine.

Vanesa, who is the reigning European champion, executed her strategy perfectly as Vinesh could not escape Vanesa’s vicious headlocks. This had weakened the top seed Vinesh, who is one of the strongest wrestlers in her category.

Even when Vinesh got behind Vanesa, she could not push her down on the knees from a favorable position with the Belarusian showing immense strength to keep her legs straight. Vinesh used all her strength but Vanesa’s defense did not cripple her.