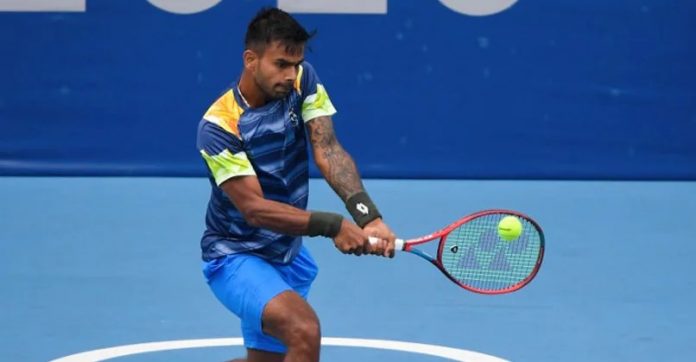 Indian tennis ace Sumit Nagal’s Olympics campaign was met with an end on Monday after he lost his Men’s Singles round 2 outing against the world No 2 Daniil Medvedev.

The Russian showed complete dominance over Nagal right from the first set as the 23-year-old from Jhajjar visibly struggled to keep up with Medvedev. Despite being outplayed throughout the opening honours, Nagal was trailing 6-2 at the end of the first set with little hopes to make a comeback in the next.

The second set started off in some hope for Nagal who landed a couple of stunning forehand winners, but three doubler faults put him on the backfoot once again as Medvedev went up to 2-0 lead, then extended to 4-1 and finished the match with a 6-1 second set, knocking out the Indian.

While it was near impossible for the world no 144 to hold his ground against the world no 2, Nagal did show impressive performance against former world no 33 Denis Istomin in the opening round, defeating the Uzbek player 6-4, 6-7, 6-4 on 24th July.