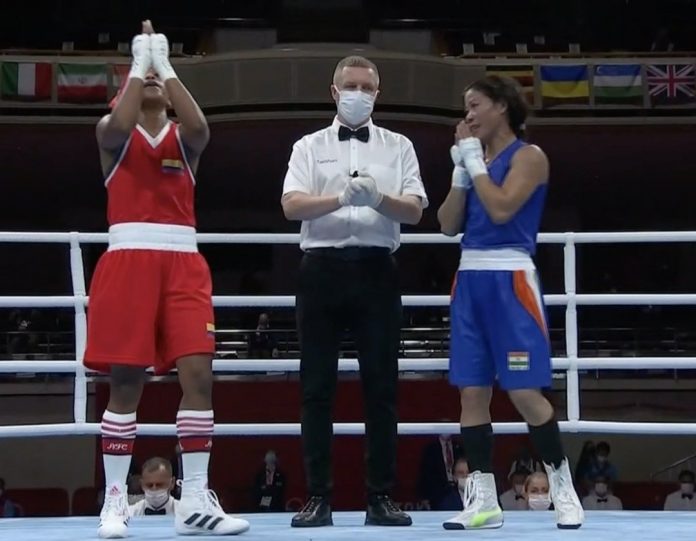 Indian boxer Mary Kom got eliminated in the Round of 16 of ongoing Tokyo Olympics. She suffered the loss against Colombia’s Ingrit Valencia after a enthralling 3-2 contest in the Women’s Flyweight bout. 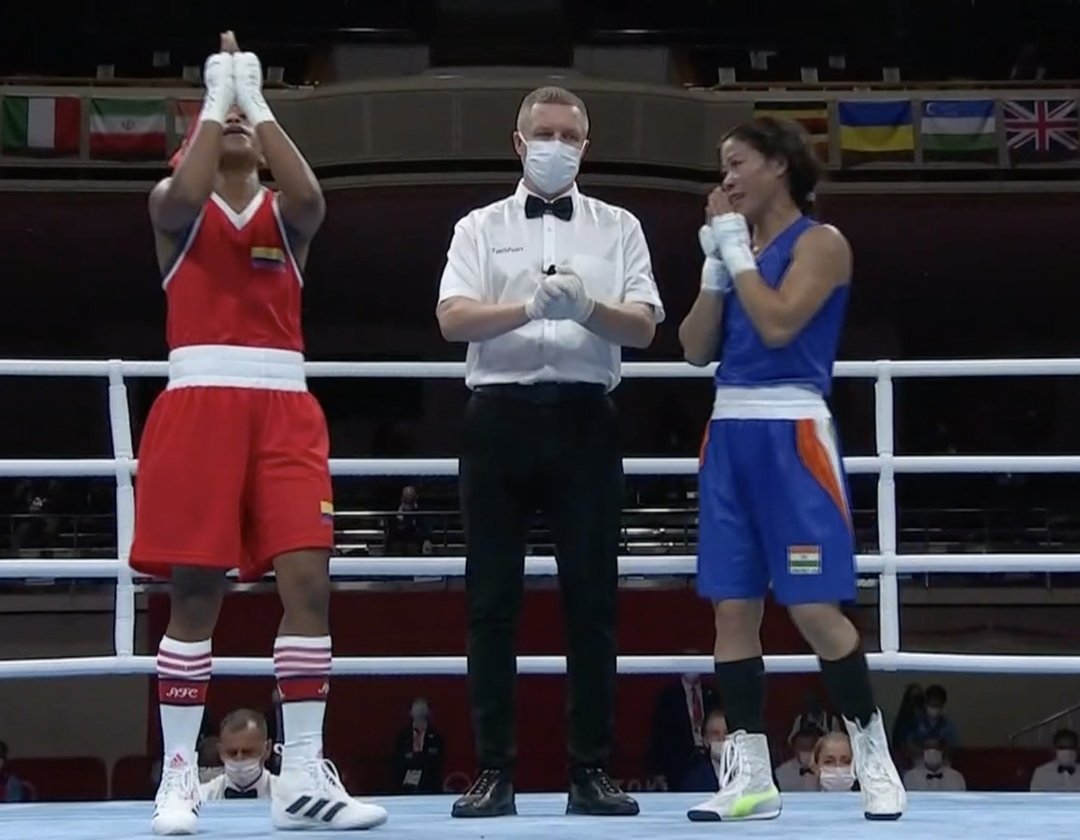 The six-time World Champion, Mary Kom lost the opportunity to book a spot in the next round as she could not sustain Colombia’s Ingrit Valencia.

She sprinted out of the corner right from the beginning of the contest. At the end of the first round, it was Valencia who emerged the winner with 49-46. But Kom went on to make an outstanding comeback in the second round with a tight 48-47.

Ultimately, it was the Colombian, who got the third round in favour of her that earned her the victory of the bout.

Despite the result, Kom was lauded for her performance. She gave a wide smile and hugged her opponent.