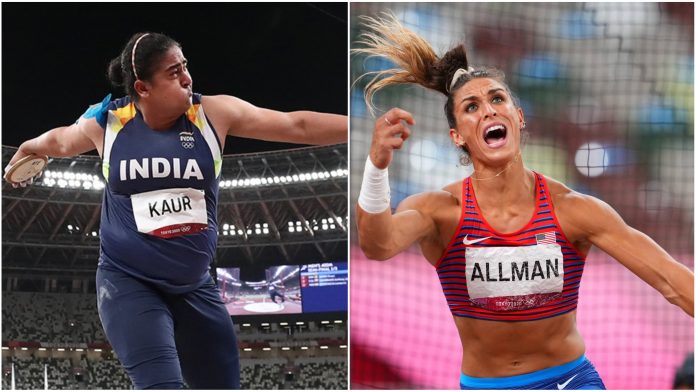 After a halt due to rain, the Women’s Discus Throw final at the Tokyo Olympics saw Indian prodigy Kamalpreet Kaur finishing 6th with a personal best of 63.70m, while Valarie Allman of the United States bagged gold on Monday.

Kaur, who finished second in the Group B qualifications, clocked a throw of 61.62m in her first attempt, while fouling her second attempt. After the event resumed following the disruption from rain, she made her best throw of 63.70m in her third attempt which put her in 6th.

However, Kaur fouled again in her fourth attempt, followed by a 61.37m throw in her fifth attempt and her third foul throw of the day in her final and sixth attempt, finishing the event at 6th.

Valarie Allman hit her gold medal worthy throw of 68.98m right in her first attempt, untouched by the other participants throughout the event. Kristin Pudenz of Germany clinched silver with a throw of 66.86m, followed by Cuba’s Yaime Perez who won the bronze medal with her personal best of 65.72m.