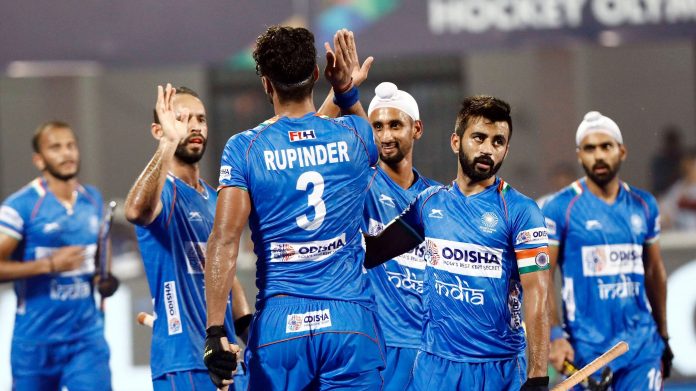 The Indian men’s hockey team have sailed smoothly into the quarterfinal stage at the ongoing Tokyo Olympics after a 3-1 rout of defending champions Argentina in their Pool A clash on Thursday.

Coming off of a 3-0 win over Spain, the Indian squad marched against Argentina with hopes to secure a berth into the next round and were the first to take the lead in the match.

In the third quarter, defender Varun Kumar put India in the lead after successfully converting a penalty-corner strike. However, the Argentines were able to equalise soon enough in the same manner as Casella Schuth scored from a penalty-corner as well.

With just three minutes remaining, 21-year-old Vivek Sagar Prasad came to the rescue as the Olympic debutant midfielder put India into a 2-1 lead, followed by the third strike coming from Harmanpreet Singh to make it 3-1.

With 9 points out of four matches, India have been placed second in Group A and will head for the quarterfinals slated to take place on 2nd August.