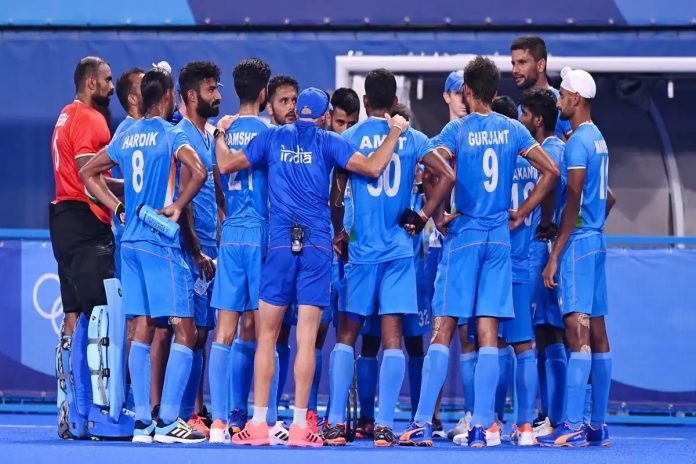 India Men’s Hockey team came back to winning ways in the Tokyo Olympics after they achieved an incredible 3-0 victory against Spain in the Pool A fixture on Tuesday.

The Indian side took the first quarter lead in the closing minutes. The first move saw a threatening pass through the ground from the right flank.

The Spanish defence was caught off guard as the ball travelled past a few players and reached Simranjeet Singh, who made no mistake as he slotted it into goal from close range.

In the final minutes of the quarter, following a series of penalty corners, India won a penalty stroke. Rupinder Pal Singh converted it with ease from the spot to double the score.

He went on to complete his brace after scoring off a penalty corner in the third quarter.

Indian side were previously hammered by Australia in their second game. They also won their opening fixture against New Zealand 3-2.

On the other hand, Spain came into this match after a thrilling contest against New Zealand.They lost to Kiwis 4-3 and had earlier drawn against Argentina 1-1 in their opening contest.