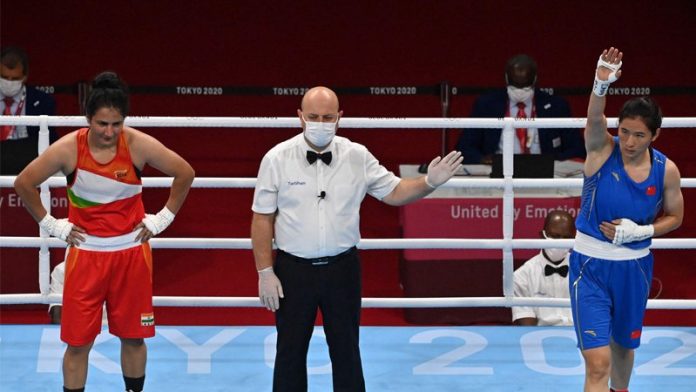 Indian boxer Pooja Rani, who made her Olympic debut relinquished the opportunity of bagging a medal in the ongoing campaign. She suffered a disappointing loss via unanimous decision against Rio 2016 bronze medallist Li Qian in the Quarter-final of the Women’s Middleweight bout.

Pooja Rani was dominated by her opponent in the bout 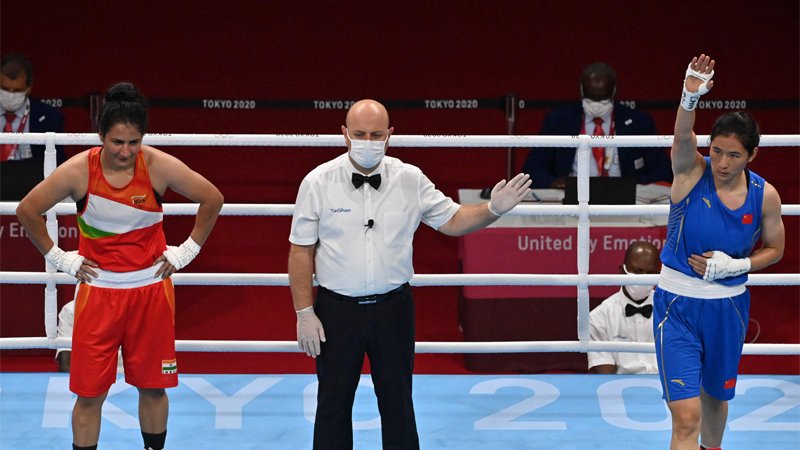 Rani came into the bout following her emphatic victory over Algeria’s Ichrak Chaib. She was the first Indian boxer to qualify for Tokyo 2020. But she could not replicate her performance in the bout against the Chinese boxer, who dominated throughout the doubt.

The first round was a one-sided affair as Qian consistently landing strikes on the reigning Asian Champion, Rani, and the Indian ending missing a number of her punches. It was the same in the second round, with Qian continuing to practically keep no guard at all and landed her strikes. She controlled the bout and the second round was also decided unanimously in favour of Qian.

The Olympic debutant was eyeing to achieve the medal after the other Indian boxers Mary Kom, Vijender Singh and Lovlina Borgohain were unsuccessful at the Games.

In Rani’s previous bout, she thrashed her 20-year-old opponent and used all her experience as she controlled the three-round bout against Chaib, who showed a lot of courage and energy but kept swinging wildly and missed her target.

Rani won the Asian Games bronze medal back in 2014 but missed out on her chance to Rio Olympics. However, she made sure she was in the best of forms in the lead-up to Tokyo, and won the Asian Championships gold in 2019 and 2021.