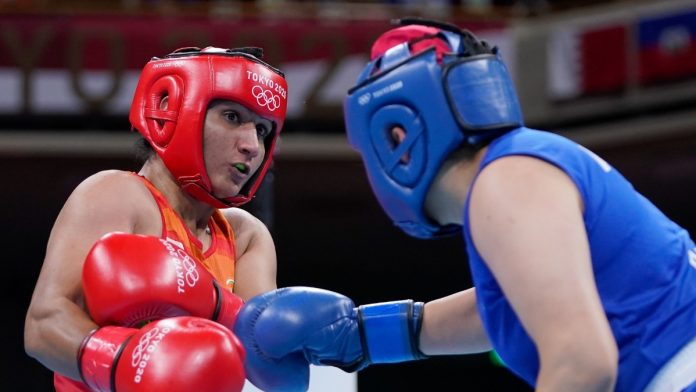 Indian boxing star Pooja Rani landed a stupendous performance in her Tokyo Olympics Women’s Middleweight (75 kg) Round of 16 clash against Ichrak Chaib, winning the bout via unanimous decision on Wednesday.

Opening up her Tokyo Olympics campaign against her Algerian opponent, Pooja started off brilliantly right from the first round, with receiving a score of 10 from all the judges while Chaib received 9s.

The Haryanvi impressed the judges in the second round as well, despite Chaib going on the offensive this time around. However, Pooja remained steadfast in her defence, and returned a number of connections to her opponent’s face, ending round two with another perfect set of tens.

With winning the first two rounds, Pooja took a more defensive approach in the third round while Chaib became more and more aggressive with her approach, and the fight ended in a unanimous decision for the 30-year-old pugilist.

In the quarterfinals, Pooja will face either Ireland’s Aoife O’Rourke or Li Qian of China, and a victory in that match will earn her an entry into the semis with a confirmed medal finish.