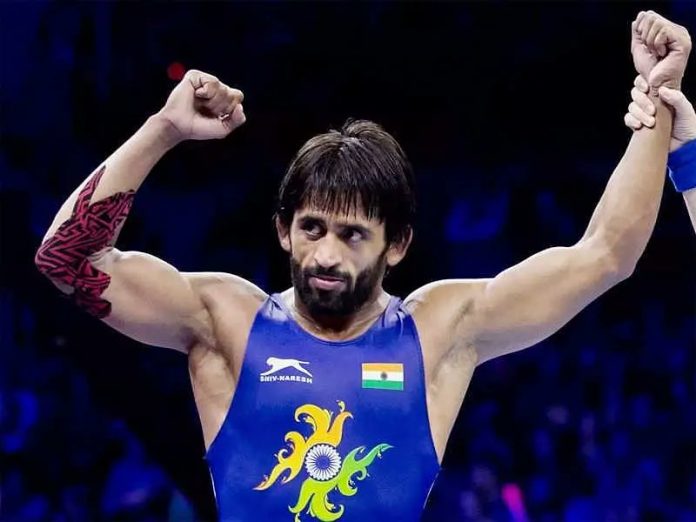 Indian wrestler Bajrang Punia has marked a stunning start to his debut Olympics campaign as he defeated Ernazar Akmataliev of Kyrgyzstan in the opening round of the men’s 65 kg event at the ongoing Tokyo Olympics on Friday.

The neck to beck bout saw equal efforts from both the grapplers on the mat that saw the score tieing at 3-3 at the end but Bajrang had the advantage of securing higher point scoring moves, as well as a two pointer in the first period that earned him the win.

The bout started off in favour of Bajrang who picked up the first point of the match with passivity from the Kyrgyzstani, who eventually made it 1-1 with a pushout.

However, the 27-year-old from India made a stunning move right before the end of the first period, throwing himself over Akmataliev who lost his footing, which earned Bajrang a two pointer to make the scoreline 3-1.

Going into the second period, Akmataliev earned his second and third points with back to back pushouts to level the scores 3-3, but courtesy of his two-pointer, Bajrang had the criteria for victory which has sealed him a spot in the quarterfinals.