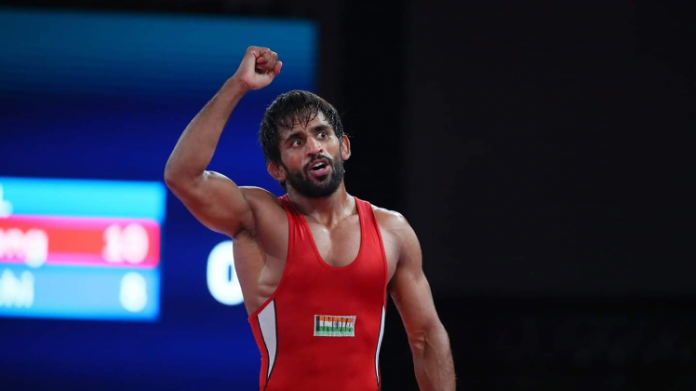 Bajrang Punia has just shown immense prowess on the mat as the Indian grappler registered his second straight victory on Friday in the men’s freestyle 65kg quarterfinal against Morteza Ghiasi of Iran to reach the semis at the Tokyo Olympics.

The bout started with both wrestlers engaged in a tussle but either of them were had opened up the scoring. Bajrang, however, received a passivity warning and fell behind 0-1 as Ghiasi took the lead.

Towards the end of the first round, the Indian countered a leg attack from the Iranian. The second round saw another leg attack from Ghiasi, but Bajrang showed excellent defense and under a second passivity clock, completed a stellar takedown on his opponent to earn two points.

Earlier this morning, the 27-year-old defeated Ernazar Akmataliev of Kyrgyzstan in the opening round, tieing the scores 3-3 and then advancing in the favour of scoring a two-pointer.