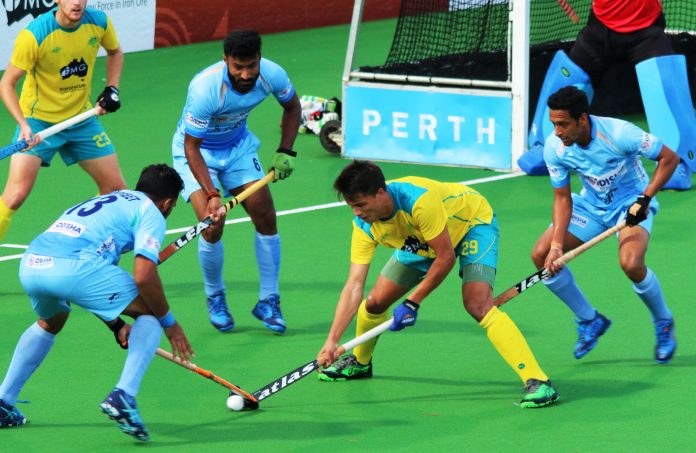 The Indian hockey team faced a humiliating defeat at the hands of the Australian hockey team. The game ended with a score of 7-1. 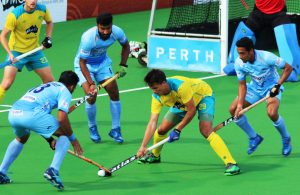 It will not be wrong to say that the Indian team was not in their best form during this match against world no. 1 Australia. This was team Australia’s second pool A match at the Tokyo Olympics on Sunday. The gap between the teams in terms of talent and strategy was far and wide.

The viewers knew who was going to win the match at the end of the day after the first quarter. The Indian team’s defence did not stand a chance against the Australian’s constant attacks. The audience would tell you that the Australian’s simply humoured the Indian team, until the end of the first quarter. After that, they scored goals after goals while the Indians did their everything to block them.

The Indian hockey team had a hard time defeating the Australian team ever since coach Graham Reid came on board to oversee their training back in 2019.

Dilpreet Singh was the only one who could score a goal and saved the nation some face in the 34th minute. India had four chances of scoring a goal after they secured four penalty corners but every time they faced a strong defence. After that, the Australians dominated the field.

Daniel Beale scored a goal in the 10th minute, Joshua Beltz in the 26th minute, Andrew Flynn Ogilvie in the 23rd minute, Jeremy Hayward in the 21st minute, Blake Givers in the 40th minute and the last goal from Australian’s side came from the stick of Tim Brand in the 51st minute.

India had previously played New Zealand on Saturday before facing Australia and had managed to win 3-2.

The Indian hockey has to up their game if they want to tackle Australia in their next game. India is to play Spain next on Tuesday and what remains to be seen is whether they can bring their A-game to proceed to the next round or do they go back home defeated.