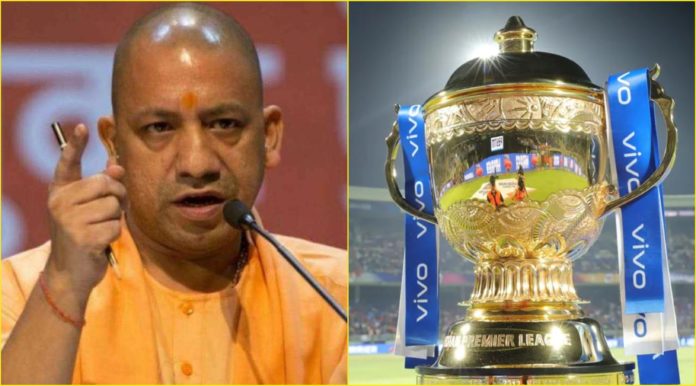 India is a cricket crazy country and if Test cricket is the soul of cricket, then the Indian Premier League (IPL) is the heart of it. IPL is the most sought after league in the periphery of cricket.

Over the years, the commercially driven IPL has changed the dynamics of Indian domestic cricket by leaps and bounds.

Apart from the development of infrastructure, one thing the IPL has done is it has broadened the spread of cricket. Earlier, with just a handful of competition, the opportunity was limited. But now with so many teams, players from small towns and budding talents get their due.

So here we have MS Dhoni from Jharkhand captaining a Chennai team and becoming hugely popular there. One also sees Hardik Pandya becoming a Mumbaikar with the Mumbai Indians. The IPL has contributed tremendously to national integration.

One question that still lingers in many minds is on what grounds are these teams selected?

Three of the most populous states of the country, Uttar Pradesh, Bihar and Madhya Pradesh have little representation in the IPL. What could be the reason that there are no IPL teams coming from this part of the country?

Prominent cricketers like Suresh Raina, Piyush Chawla, and Bhuvneshwar Kumar have all come up from this part and represented at the highest level, so there’s no dearth of talent, hence what is the BCCI’s thinking in not having a team from the so-called ‘Hindi-speaking belt’.

Does this do a huge disservice to the Hindi heartland’s cricket fans and their deep and nuanced understanding of the game?

Taking a business angle in consideration, it depends solely on the interests of the BCCI. They may propose any number of city names, but its up to the potential buyers to pick up their favourite cities based on facilities like Stadium.

Also, the BCCI looks at the best of infrastructure and facilities to the players, umpires and administrators, in addition to airports, hotels and the business interest of the team owners.

The so-called Hindi heartland lags behind the existing teams when it comes to giving a free hand to the teams owing to corruption and political clout in these parts of the country.

When the concept of league cricket at such an expansive level was introduced in the form of the Indian Premier League in 2008, it not only took the craze of the game to the next level but also became an opportunity for hundreds of talented cricketers to earn a living even if they could not play for the nation.

The BCCI GC had a brief meeting before the lockdown initiated due to COVID-19 to potentially expand the league to a 10-team affair, thus include more than just eight cities to their association. However, that plan never saw the light of the day due to the financial restrictions caused by the pandemic.

The other centres apart from the traditional power-houses of cricket in India deserve their bit of attention. Places such as Lucknow, Bhopal, Ranchi, Patna, Guwahati have a loyal fanbase for the game, apart from the natural cricketing talents from closeby vicinity.

Prior to the lockdown, the IPL GC was mulling a possibility of an exhibition match involving two All-Stars teams. As per a report, it is being said that the two teams would be divided into North-East and South-West.

The North-East is likely to use players from Kolkata Knight Riders, Delhi Capitals, Kings XI Punjab and Rajasthan Royals.

Apart from that, four cricketers, hailing from Assam, have been selected to be a part of the Indian Premier League (IPL) 2020. The players are left-arm pacer Mrinmoy Dutta from Nagaon, right-arm spinner Jitumoni Kalita from Lakhimpur, and left-arm spinner from Silchar, Rahul Singh. The trio will join the Rajasthan Royals.

Also one must not forget that few of the players from Dhoni’s Indian team hailed from the small towns: Suresh Raina (Muradnagar, UP), Munaf Patel (Bharuch, Gujarat), Piyush Chawla (Aligarh, UP), R.P. Singh (Rae Bareli, UP). The general consensus is, cricketers coming from small-time towns are generally mentally and physically tougher than those coming from the metros. Smaller towns lack infrastructure and facilities, so players from there have to work harder to get to a certain level.

With the introduction of IPL, many players from smaller places have broadened their spectrum considerably. Entry into the franchise format seemed simpler than getting picked in-state Ranji teams. Slowly but surely, their belief and confidence have grown manifold, which will propel them to their starry dreams. Budding cricketers from every nook and corner of India is the latest chapter that’s added to the book of Indian cricket. Dhoni showed them the way, it is about time the IPL GC takes the next step.

Can Rishabh Pant emulate MSD in the IPL?