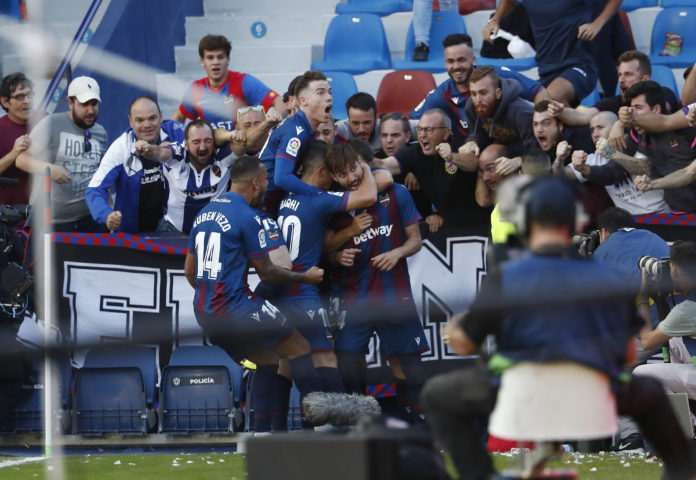 The tightest LaLiga title race in decades returns this weekend – with six different teams with a chance to go top, and it possible that a different side will lead the table. 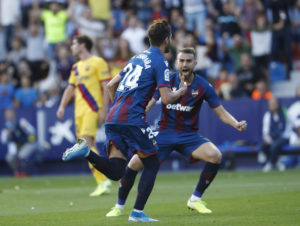 After more surprises last weekend, Barcelona, Real Madrid and Real Sociedad all have 22 points after 12 games – with Atletico Madrid and Sevilla just one behind, Granada just two adrift, and eight more teams within five points of the top. 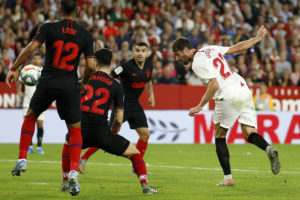 First of the leaders to play is Real Sociedad who host CD Leganes with a chance to open up a three point lead over the bunch – however the visitors will be fired up for the occasion by new coach Javier Aguirre, who knows LaLiga well from spells with Osasuna, Atletico Madrid, Zaragoza and Espanyol.

The action stays in the Basque country schedule begins at D.Alaves – who have conceded just twice so far at their Mendizorroza, although visitors R.Valladolid CF will travel confident having lost just one of their last seven LaLiga games.

Surprise packages Granada CF will be aiming to regain some momentum after two straight LaLiga defeats, when they visit a Valencia CF side who are unbeaten in front of their own fans at Mestalla this term.

Real Madrid will then look to keep pace with the leaders when they travel to an in-form SD.Eibar side – with both teams remembering well that the Basques won this fixture last year 3-0 for their first ever LaLiga victory over the Bernabeu outfit.

FC.Barcelona are then out at the Camp Nou where they have won all five LaLiga games so far this season, scoring 21 times. The visitors are a RC.Celta team whose new coach is Oscar Garcia, a scorer of 21 LaLiga goals and winner of four LaLiga titles in the 1990s as a Barça player.

Sunday’s programme begins in the Balearic Islands, where a RCD Mallorca side who are so difficult to beat at home take on an attack-minded Villarreal CF team including current LaLiga ‘Pichichi’ top scorer Gerard Moreno.

Atletico de Madrid have remained in the title race despite five draws in their last six games, but Diego Simeone’s men will want a victory at home to RCD.Espanyol, whose new coach Pablo Machin often had success against Atletico when at former club Girona.

Two of LaLiga’s most in-form teams then meet at the Coliseum Alfonso Perez, with hosts Getafe CF looking for a fifth win in six outings, and visitors CA.Osasuna having taken 10 points from their last five games.

The highlights of LaLiga’s annual calendar, with Real Betis welcoming Sevilla FC to what will be a buzzing Benito Villamarin stadium. The Andalusian capital’s derbi is always a colorful occasion, with international stars on both sides this year ensuring a big global audience.