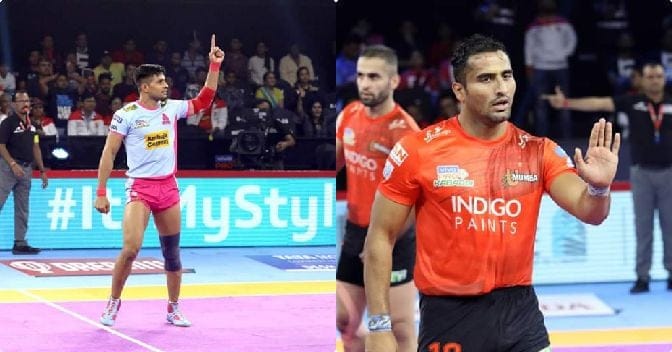 The last the day of the Ahmedabad leg of Pro Kabaddi League season 7 came to an end with two thrillers. U Mumba defeated Patna Pirates by 4 points courtesy a super-raid by Rohit Baliyan in the last raid of the game. In the second game of the day which could be called a low score thriller the Pink Panthers defeated the hosts Gujarat Fortunegiants by three points courtesy great performance by defender Sandeep Dhull. 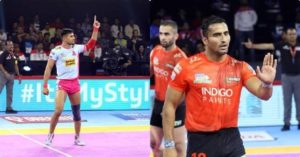 A buzzer raid heroics by Mumba Raider Rohit Baliyan helped the one-time champions defeat the three-time Champions Patna Pirates by four-points. With just 1 raid to go in the game and 1 player on the mat and 1 point separating both the teams , U Mumba needed to avoid All-out and they were able to avoid the all-out as their most successful raider got a super raider and helped the Mumba defeat the Pirates by 4 points. A win for Pirates would have meant the greatest comeback in PKL history as the Pirates were trailing the Mumba team by 13 points during half time. A spirited performance by Defender Ravinder and Raider Esmaeil Mogshadlou helped the pirates make a comeback in the game.

The Carvan of Pro Kabaddi league will now go to Chennai where the Ajay Thakur-led Tamil Thalaivas will take on defending champions Bengaluru Bulls and in the second game of the day Bengal Warriors will take on Dabang Delhi K.C