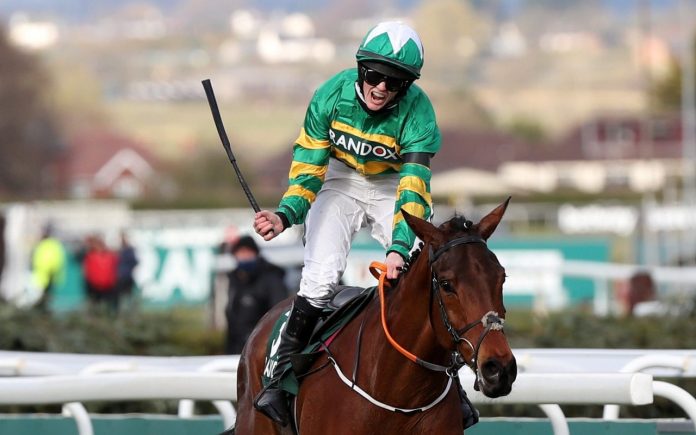 The Grand National is the biggest steeplechase in the world. Audiences around the globe, including in India, tune in for the race in April at Aintree Racecourse in Liverpool.
This year’s race has some fascinating storylines around it. Here is a look at three of those, and why victory for these three participants would generate another great storyline in the contest’s history.

Arguably the most talented horse in the Grand National field this year is Galvin. He is the joint-highest rated chaser set to line up. His official rating of 167 means he will need to carry 11st 10lbs on his back for the world’s most famous steeplechase this year.

Gordon Elliott’s runner is set to run in the Cheltenham Gold Cup prior to his Aintree assignment. He is +400 in the betting to win the feature race of the Cheltenham Festival. Those looking to back the Irish horse can pick up a Cheltenham offer on the race, such as a free bet to use on the day four contest.

No horse has won the two biggest races on the National Hunt calendar in the same season since Golden Miller in 1934. The short period between those races, and the competitive nature of them, makes it a tough challenge for Galvin. However, the horse continues to improve over fences, so he goes into both contests with a big chance.

Irish rider Rachael Blackmore added her name to the history books in the Grand National in 2021. She became the first female jockey to score in the marathon contest when she steered Minella Times to success.

Blackmore will now want to join only a handful of jockeys who have won the race in back-to-back years. She has had an excellent season in Ireland, so she goes into the Cheltenham Festival and Grand National full of confidence.

Although Minella Times has 15lb extra on his back this year, he is expected to be one of the strong contenders once again. He should appreciate a return to the stiffer distance at the Merseyside racecourse.

One of the most talented mares in the Grand National field this year is Snow Leopardess. If victorious, she will be the first mare to prevail in the Aintree feature since Nickel Coin did so in 1951.

The recent Exeter winner has had a fantastic season on the track. She won over the Grand National fences in the Becher Chase at Aintree back in December. Charlie Longsdon’s runner followed that up with a win in a Listed contest for mares.

The 10-year-old is expected to have one of the lowest weight allocations in the race, so she should have an advantage over many of her rivals. Given the poor record, mares have in the Grand National, it would be a big achievement if Snow Leopardess did pass the line in front later this season.

This year’s Grand National is worth £1 million in prize money. It continues to be the richest race in jumps racing.

Where Can You Watch Australian Horse Racing Replays?

Dinesh Karthik steps down from captaincy role, Eoin Morgan to lead the side from...

Riyad Mahrez’s wife spotted with her FEET on the dashboard, speeding down the road!