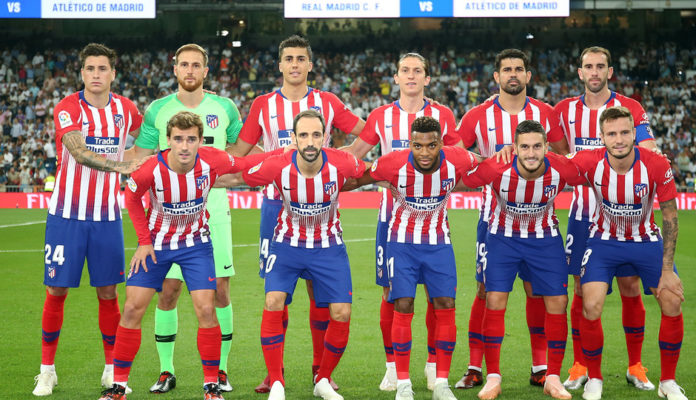 What’s been going down in LaLiga over the past week? Here are 10 of the top new stories from the last seven days featuring international triumphs, the 2019-20 fixture list and a host of new signings.

One of the most exciting young talents in world football will be playing in LaLiga Santander this season. Atlético de Madrid have finally confirmed the €126 million transfer of 19-year-old starlet João Félix, who arrives from Benfica on a whopping seven-year contract. He’ll wear the No.7 shirt next season at the Wanda Metropolitano as Diego Simeone looks to rebrand his side following the departure of long-standing servants such as Diego Godin.

Brazil win the Copa América with some help from LaLiga

By defeating Peru 3-1, Brazil have crowned themselves South American champions with a big help from the five LaLiga players in their squad: Eder Militão, Filipe Luís, Casemiro, Arthur and Philippe Coutinho. The latter three all started in the final, while Militão came on as a substitute in the final quarter of an hour. No other league provided as many outfield players as LaLiga in Brazil’s final triumph.

The 2019-20 LaLiga Santander fixtures have been released

Clubs in LaLiga Santander and LaLiga 1l2l3 now know who’ll they’ll be facing and when throughout the upcoming season. Highlights include the first Madrid derby of the season between Atleti and Real Madrid on the 29th September, the Seville derby between Betis and Sevilla on the 10th November and ‘El Clasico,’ FC Barcelona vs Real Madrid, on 27th October. The season kicks off on 18th August.

Barcelona’s first blockbuster signing of the summer was presented at the Camp Nou in front of thousands of fans. De Jong’s transfer was agreed months ago but he’s now in town ready to stake his claim for a regular place in Barcelona’s midfield as the heir apparent to the likes of Xavi Hernandez and Andres Iniesta.

Raúl Albiol is back in Spain

Former Valencia, Getafe and Real Madrid centre-back Raúl Albiol is back in LaLiga after a six-season stint in Italy with Napoli. The 33-year-old centre-back, who grew up in the Valencia area, has signed with Villarreal CF and arrives to shore up the defence at the Estadio de la Ceramica. Welcome back, Raul!

Getafe’s forward line of Jorge Molina, Jaime Mata and Angel Rodriguez – who all hit double figures in 2018-19 – was one of the most impressive in all of LaLiga Santander last season but that doesn’t mean that the capital city side are resting on their laurels. Los Azulones have brought in striker Enric Gallego, who netted 15 goals in LaLiga 1l2l3 for Extremadura UD and five in LaLiga Santander for SD Huesca last season.

Martin Odegaard will have his shot at regular LaLiga Santander football

Norwegian sensation Martin Odegaard has made just one LaLiga Santander appearance in his young career – a substitute appearance for Real Madrid against Getafe back in 2015 – but is set to add many more to that tally after agreeing a loan move to Real Sociedad. The 20-year-old has spent two and a half seasons in the Netherlands and is now back in Spain as he looks to showcase his talents.

Espanyol kick off their pre-season preparations

The first LaLiga Santander team in official action in 2019/20 will be Espanyol, kicking off their Europa League qualification campaign on 25th July. Los Pericos, who appointed David Gallego to replace Betis-bound Rubí in the dugout this summer, returned to work on 3rd July, thus beginning pre-season before any other top-flight Spanish side.

Full-backs are on the move

This week saw two very intriguing full-back transactions in LaLiga. Sergio Reguilon, who showed such spectacular promise under Santiago Solari at Real Madrid last season, has agreed to join Sevilla on loan while Ruben Peña, who’s proved his quality in both defence and attack at Eibar over the last three seasons, has moved to Villarreal.