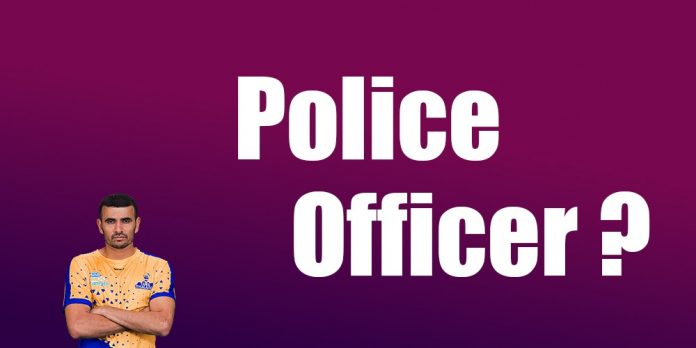 When nothing goes good for all around us we seek the help of heroes. This time the same is being done by Ajay Thakur. He is one of the most popular and game-changer kabaddi players at present. However,  at the very last moment, he is serving his country as the police superintendent. He is from Himachal Pradesh and is giving duty also at his own place. At the crucial time of the pandemic, his serving like this matters a lot for everyone. In kabaddi mat, he has rescued the team on many occasions with his brilliant raids.

As the police superintendent, he is giving his duty in Bilaspur Himachal Pradesh. There he is also warning people following the social distancing strictly so that the whole country can get the freedom from the COVID 19 attacks as soon as possible. 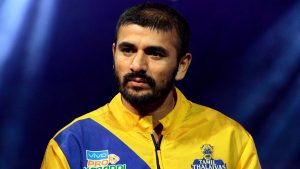 People like to watch him while he plays his favorite strokes. He is also known as one of the best raiders in the team. He rescued his team on many occasions with his marvellous performances in kabaddi. In Asian games, he won the Gold and got the fourth rank in the all-time raiders list. He got this position after getting 790 raid points.

Along with patrolling as the police superintendent, he is also quite active on his social media accounts. Recently he posted on his Instagram accounting advising people for taking the advisory guidelines of the government seriously. He then said we can only win against this pandemic by following rules and regulations. On his YouTube account, he also interacted with people and posted a video there. In that video he said, I have seen people still talking in the group of 15-20 in villages. It’s not good at all for anyone. He then said to take the pandemic seriously otherwise all the effort of everyone will go waste just because of our few such irresponsible acts.

All the world including our nation is going through this very bad situation of COVID 19. It has slowed down everything in the world, either business, sport, service, and even the normal life of everyone. Except for a few countries, all the countries are facing problems because of this. Every country is trying their best to recover soon and providing the whole world with the vaccine against it soon and soon, but yet no confirmed news for this so far we have got.

The longer lockdown has broken the backbone of every country’s economy.

In this condition, when everyone is advised to stay far from everyone, the great courage of people like Ajay Thakur is really a work that deserves respect from all. Just like him, there is one more kabaddi player who is given the duty as a police inspector in the district of Haryana. People like them are really the jewel of our proud country. We should follow their instructions so that we all can recover from this pandemic soon and soon.