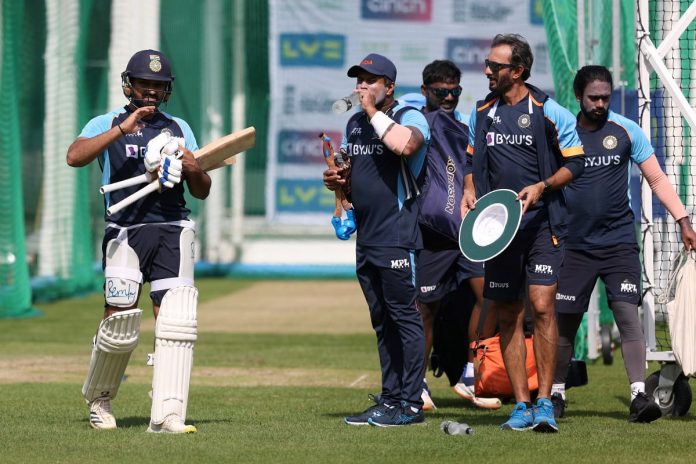 The Indian team resumed their training on Sunday for the upcoming third test at Headingley, Leeds. Almost all the top players of the team were seen sweating it out at the nets at Headingley. 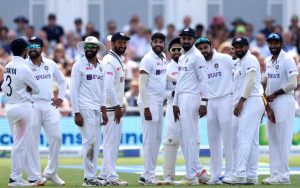 There was a 9-day gap between the second and the third test. Hence, the Indian players were given some time off. Now, all these players are back from their short break. They are trying to get back into the groove for the upcoming test.

The visitors will be high on confidence as they will be entering the field at a 1-0 advantage. The Indian team defeated the hosts by 151 runs in the second Test at Lord’s. The first game ended in a draw.

From skipper Virat Kohli, his deputy Ajinkya Rahane and senior opener Rohit Sharma to pacers Jasprit Bumrah, Mohammed Shami, and the spin duo of Ravichandran Ashwin and Ravindra Jadeja, all the players were seen training at the nets. Also part of the session was wicketkeeper Rishabh Pant.

“Hello and welcome to the Headingley Stadium, Leeds. Our venue for the 3rd Test against England. #ENGvIND, the BCCI tweeted after the team’s arrival

The Indian team previously played a Test at Headingley in 2002.

India will be playing a test match at Headingley after 19 years. Therefore, this means that it will be the first outing for all the current team players.

India’s previous test at Headingley was a historic one. The team was captained by Sourav Ganguly who opted to bat on a green pitch in order to prove that India can bat on challenging surfaces and win away from home.

India scored 628/8 in the first innings where conditions were suitable for pace bowling. Sourav, Sachin and Dravid scored hundreds in the match.

India bowled out England for 273 and 309 in the hosts’ first and second innings respectively. Hence, they won the match by an innings and 46 runs. Anil Kumble took 7 wickets in the match. However, Rahul Dravid was given the player of the match award for batting in the most difficult phase of the match and scoring a hundred.

Hence, Kohli would like to replicate a similar feat and go 2-0 up in the series. The third Test starts on Wednesday.