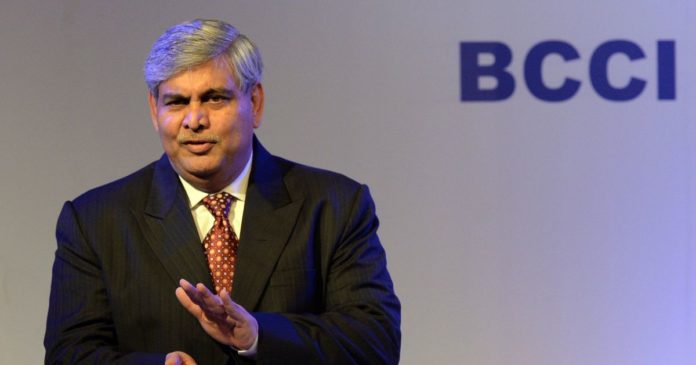 Shashank Manohar has always been portrayed as an Achilles’ heel in the mighty Board of Control for Cricket in India (BCCI)‘s armour. His controversial reign as the International Cricket Council (ICC) Chairman came to an end after holding the office for four years.

Mild-mannered on the outside, he’s always been known to be a pugnacious personality to people in his in close quarters. Let’s try and find more about the life and times of the mercurial Shashank Manohar.

As Sourav Ganguly assumed the BCCI office, taking over as 39th President in October 2019, little did he know that he will find himself with plenty of battles to fight. Once such skirmish saw him pitted against an old adversary- the incumbent ICC chief Shashank Manohar.

The Global cricket market is generally considered propitious for India INC with many Indian companies and the vast Indian market generating to almost half of the ICC’s revenue.
However, what the last four years did was that the ICC was trying to curb the influence of the bigwigs, the BCCI in specific on its radar.

BCCI has always had an upper hand in the ICC workings, given their financial clout. However, ever since Ganguly has taken over the BCCI, the tide has turned and the ICC has overseen many measures to curb the influential BCCI in more ways than one. Many see Manohar’s long-standing tiff with Ganguly and other top honchos within the BCCI as a reason for this.

Ganguly is known to be a sympathiser with former BCCI President the late Jagmohan Dalmiya and had the unwavering support from the Bengal strongman during his heydays as the captain of the Indian cricket team. While Manohar has always been a Sharad Pawar loyalist, enjoying the support of the likes of Raj Singh Dungarpur and IS Bindra, whilst being the BCCI boss.

Years later, when Manohar has moved from the BCCI office to the ICC and Ganguly has moved from the dressing room to the Presidential Suite, the battle lines had been drawn again. Unsurprisingly, many within the BCCI corridors have been vocal about expressing their displeasure as the ICC tried to sideline the BCCI.

Manohar’s former colleague and one of Indian cricket’s oldest hands in administration Niranjan Shah believes Manohar will now find ample time to reflect on his tenure.

“BCCI went through much turmoil in the last couple of years. And the ICC, during these years, took undue advantage to damage cricket in India and the BCCI in all possible manner,” Shah was quoted as saying.

“Upon stepping down, Shashankji must be having mixed feelings about what could have been done for the promotion of cricket at international level and what was done to Indian cricket during his tenure. In the relaxed phase, now he may evaluate his tenures,” Shah further added

It’s a no surprise that Shah is from the Ganguly camp in the perception battle.

While working in Dubai, Manohar is credited with floating the idea of an independent chairman for the ICC, who didn’t have to be the official representative of his parent board. Once that came into existence, Manohar technically cut off all his ties with the BCCI, ruffling many feathers within the world’s richest cricket body.

At that time, the BCCI was navigating choppy waters after being asked to comply with the Supreme Court-appointed Lodha Panel’s recommendations. The BCCI expected the ICC to pitch in and help it mitigate the sticky wicket, however, the ICC disengaged itself from the talk, calling it an ‘internal matter’.

Moreover, recently Manohar was levied with allegations of meddling with the BCCI’s decision regarding the IPL by holding off the announcement to postpone the T20 World Cup to be played in Australia.

Former Pakistan cricketer Basit Ali has blamed Manohar for delaying the announcement of suspending the ICC T20 World Cup 2020 to next year. However, ICC didn’t take any final call which also hampered BCCI to scheduled IPL later this year.

“It was a clear tactic of Shashank Manohar (the ex-Chairman of the ICC), the World Cup should have been postponed 1-1.5 months back, I am sorry the Indian viewers might feel bad, he did not want the IPL to happen. That is my opinion, I have said this before also. He played the delay tactics,” he said.

The year 2020 continued with the ICC constantly pestering the BCCI to grant tax exemptions for the hosting of 2021 T20 World Cup and 2023 50-over World Cup. Rather mischievously, the ICC event drafted an infamous mail to the BCCI threatening to take away the hosting rights from the BCCI.

Manohar, who hails from Nagpur oversaw a vexed five-year term in Dubai as ICC chief, but somehow he single-handedly stopped the BCCI hegemony once and for all.
Just like his personality, his term was full of ambiguity!