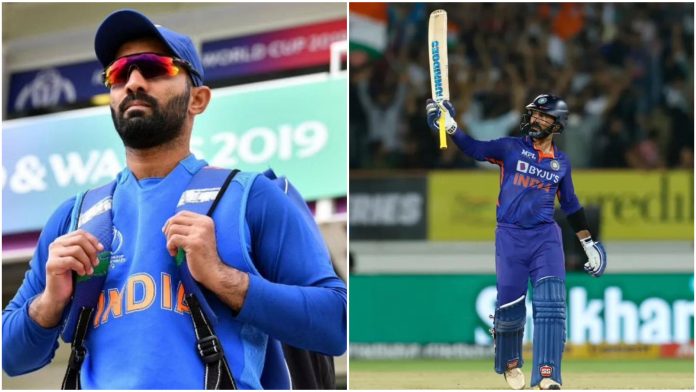 The comeback stories in sports are inspiring and Indian cricketing fans are delighted to have witnessed Dinesh Karthik writing a fairytale of his own. The Chennai-born cricketer managed to bounce back after hitting the rock bottom from all sorts of issues in his life on and off the pitch. Whether getting cheated on or getting dropped from the national side, Dinesh Karthik has fought it all and proved his caliber to once again rule the hearts of the Indian fans. We will have a special look at his comeback journey in the following section. 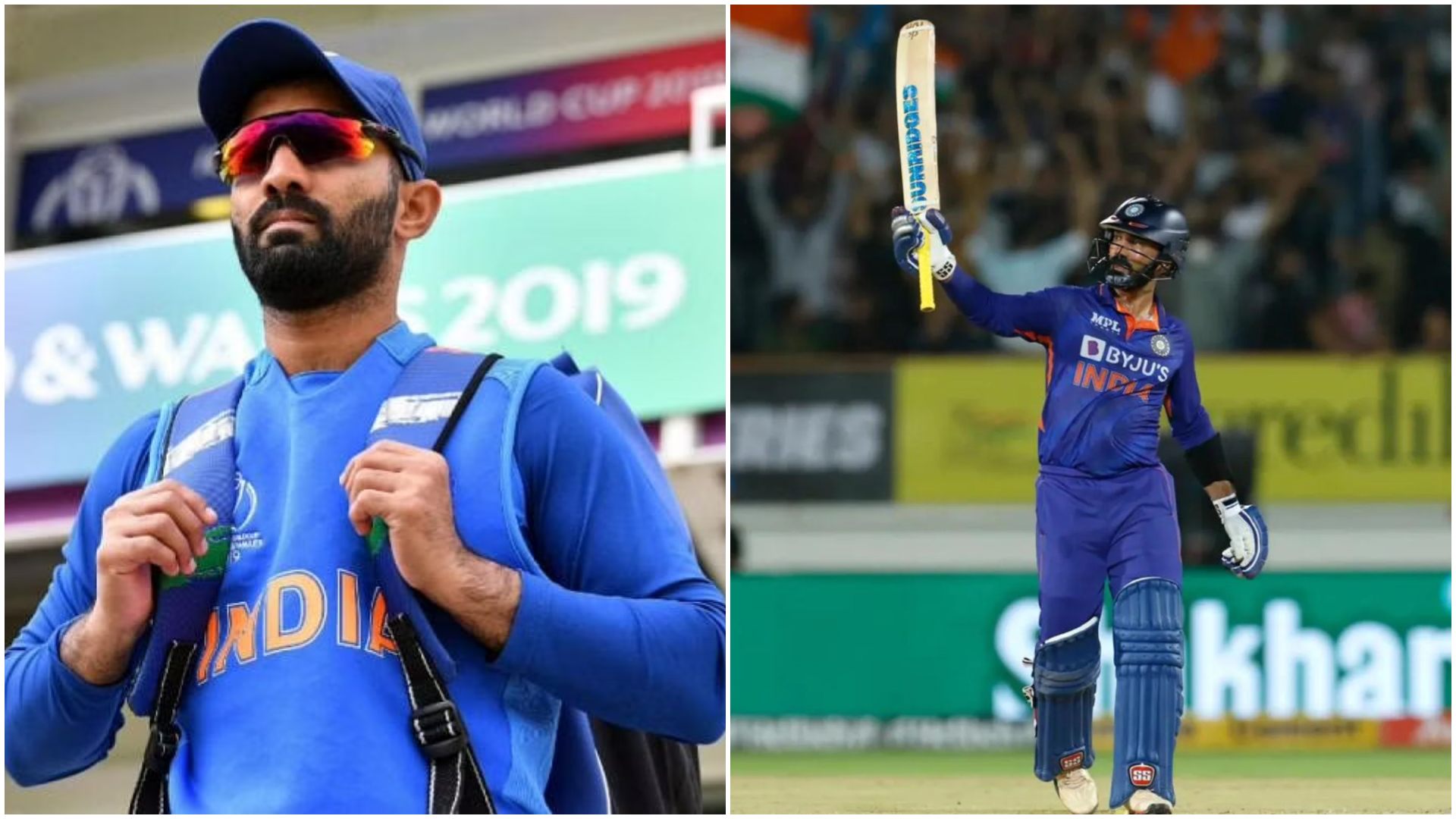 India played their first-ever T20I against South Africa on December 1 2006 in Johannesburg and Karthik made his maiden appearance in the format. Karthik scored an unbeaten 31 off 28 balls to guide India to a thrilling six-wicket win over the Proteas.

He has had a battle of the spot with the former Indian skipper MS Dhoni who went on to feature in 98 matches before hanging up his boots in 2020. While Dhoni walked away from international cricket with 90 Test and 350 ODI caps, Karthik has only appeared in 26 Tests and 94 ODIs so far.

Karthik has always been persistent in his pursuit of a place in the national team. When he realized that he may not be able to enter the playing XI as a wicketkeeper-batter due to the presence of Dhoni, he honed his batting skills and made it to the Indian team as a specialist batter on multiple occasions.

It was in England in 2007 when Karthik opened the innings with Wasim Jaffer in all the three Tests of the tour. His 136-ball 77 in the first innings of the second Test at Nottingham laid the foundation of India’s series-defining victory in which Zaheer Khan had starred with the ball. With a tally of 263 runs at 43.83, he was India’s highest run-getter in the series. However, he was dropped from the Test team after racking only 115 runs at 19.17 in a three-match series against Pakistan at home in the same year.

Karthik scripted another comeback as a specialist batter at the 2019 ODI World Cup in England. He was once again dropped from the side after he failed to make much of an impression during the tournament. He was already 34. It seemed as if curtains had come down on his international career. But that was not the end.

Dinesh Karthik’s personal issues had a major impact on his cricketing career. He had been cheated on by both his first wife, Nikita Vanjara, who was a childhood friend, and a friend and Indian cricketer Murali Vijay.

After five years of marriage, he got divorced and feeling betrayed, went into depression. Dinesh Karthik took some time away from cricket following that. However, he battled his way back onto the pitch and gave life a second chance by marrying Dipika Pallikal. They made their relationship official on November 15, 2013, after exchanging rings in the presence of their family and close friends in Chennai.

Karthik was also seen in an avatar as a commentator with his rich insights. The right-hander also had a forgettable run with Kolkata Knight Riders (KKR) at the 2021 IPL. However, after being bought by Royal Challengers Bangalore (RCB) for Rs 5.50 crore at the IPL 2022 auction, the veteran took the tournament by storm. He racked 330 runs in 16 games at a stupendous strike rate of 183.33.

On Friday, June 17, 2022, Karthik notched his first half-century in the T20 format and scored a blistering 27-ball 55 runs. He slammed as many as nine fours and two sixes at a strike rate of 203.7 in Rajkot. He was also involved in a crucial 65-run stand-off with Hardik Pandya with 33 balls to set up India’s 82-run thrashing of South Africa.

Therefore, Karthik broke MS Dhoni’s record for the oldest Indian cricketer to score a fifty in international cricket. Former India captain Dhoni holds the world record until Friday when he scored his second T20I fifty against South Africa at the age of 36.

This has been one of the iconic comebacks in cricketing history. This will have a special place in the heart of the fans for many more years to come.