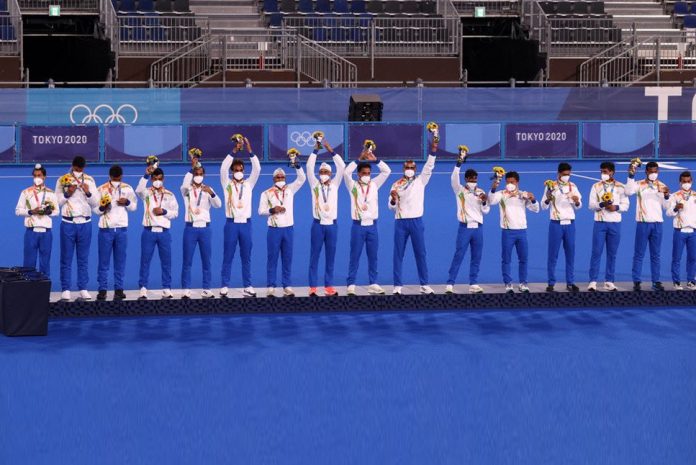 The Indian hockey team has managed to break the curse and win an Olympic medal first time in 41 years! The nation has been yearning for a medal ever since the hockey team brought home a gold in the 1980 Olympics. 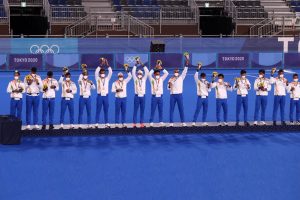 Both the teams showed resilience on the field. Germany and India both of them were gunning for the bronze and none was ready to back down. It was an impressive match with India winning 5-4.

It is win for the nation and the Indian hockey team coach Graham Reid, especially who has made a lot of sacrifices in the past few years.

In an interview Reid talked about how impressive both the teams were. He mentioned how Germany took the lead in the first seven eight minutes and the game could have ended differently if the Indian team had not pulled up their socks. He praised his team for putting up a great fight without breaking down the pressure and bringing the score up to 5-4. It was a remarkable feat considering India was 1-3 down and it was not looking so good in the beginning.

“We started a little bit asleep, to be honest, we were a bit casual and we underestimated how switched on the Germans were. In the second half of the first quarter, we started to make up and you consistently saw improvement from there. You saw us digging deep, you have to be aggresive and we were today.”

“Today, was a really great fightback. 3-1 down, one of the most pleasing performances of the day was being 1-3 down, most teams would struggle mentally but we came back to 3-3, and getting up to 5-3 was a wonderful performance today,” said Reid.

Reid mentioned how it is critical for the players to stay calm and not buck under the pressure. The hockey team coach made them picture themselves in their head holding the bronze medal and that did the trick. The team went out there and played their best.

“At the half-time, one of my points was to stay calm so that we have a clear head to work with. I always try and keep them zooming out, we did this in the morning, I made them see the picture of the bronze medal, and then I asked them to picture themselves with it. Then we zoomed back in and what task we need to achieve.”