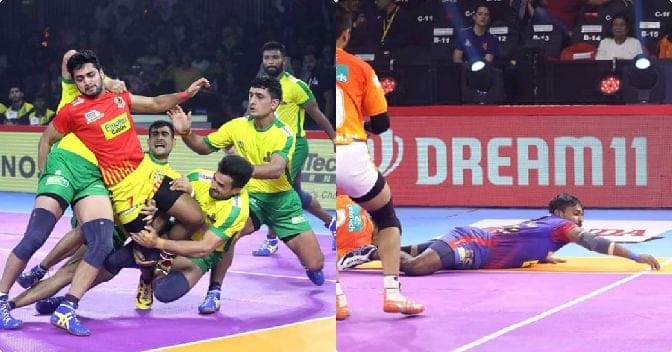 A super raid in the dying moments by captain Ajay Thakur helped the Thalaivas win against the Two-time runner ups Gujarat Fortunegiants in the first game of the Ahmedabad leg. Gujarat Fortunegiants gave a perfect fight to the star-studded Tamil Thalaivas but it was not enough for the Manpreet Singh-coached team to win the game. In the second game of the day Dabang Delhi K.C defeated the Puneri Paltans by a mere margin of two points courtesy consistent performance by raiders Naveen Kumar and Chandran Ranjith. 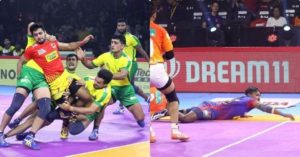 A crunch game to kickstart the Ahmedabad leg of the Pro Kabaddi League season 7 as the Ajay Thakur-led Tamil Thalaivas defeated the hosts Gujarat Fortunegiants in they dying minutes of the game as the Iceman Ajay Thakur scored a 3 point raid which helped the Thalaivas consolidate over the hosts and inflict an All-out on them inorder to win the game by 6 points. The star defender Manjeet Chilar yet again proved his mettle with stable defence.

Yet another Naveen Kumar and Chandran Ranjith special and an excellent performance bu the Dabag Delhi in the raiding department helped them win their 5th game of the tournament an consolidate their top position.On the other hand Puneri Paltans gave them a good fight but it was not enough for them to win the match.