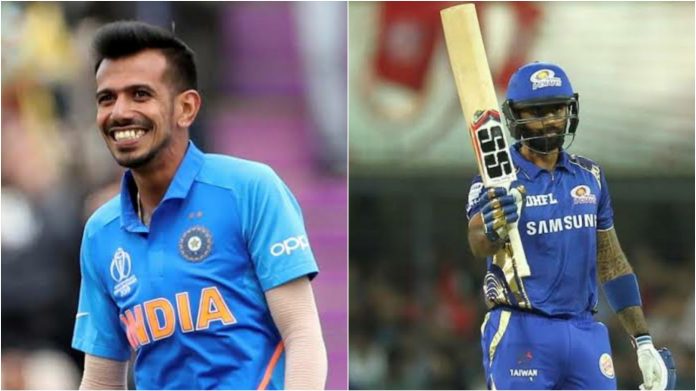 Yuzvendra Chahal, the Indian ace spinner was recently trolled on social media by fellow Indian Batsman, Suryakumar Yadav as the spinner posted a video clip of him practising in the nets. 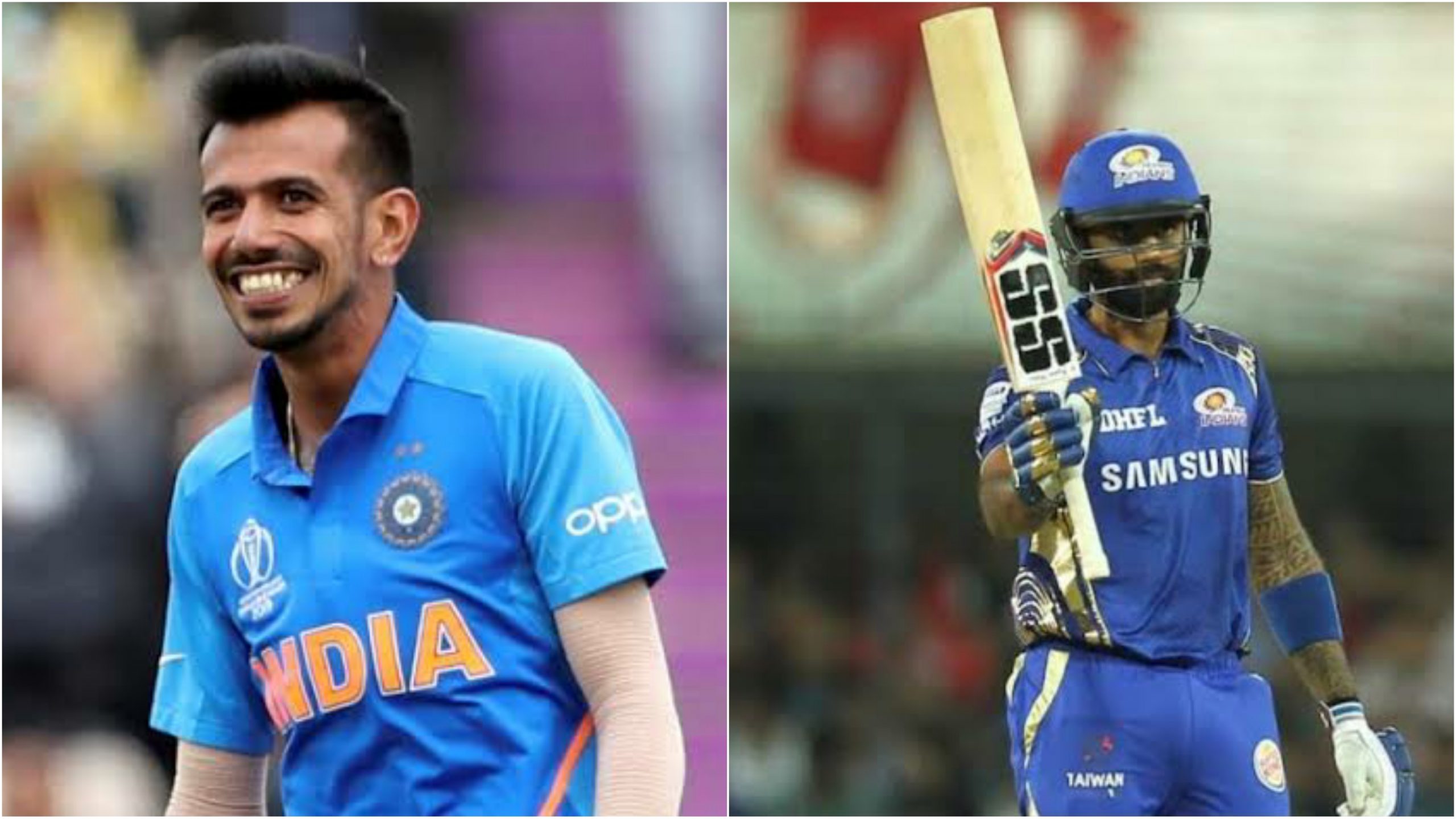 Yuzvendra Chahal is often witnessed getting hilarious replies on his social media accounts. The Indian spinner has showcased some marvellous performances and he is excellent with the ball. But, apparently, he is now eyeing to perform great with the bat as well.

Recently, his Instagram post saw a video clip in which he was practising in the nets, polishing his batting skills ahead of the upcoming Australia series.

Chahal had captioned the video clip, “Adding up scores this time” and his caption drew quite some attention, especially to Suryakumar Yadav, who had a terrific IPL season.

Surya Kumar Yadav, the Mumbai Indians ace batter then poked fun at the star spinner. He then went onto write a comment, “Tere se lena padega bat” (I have to take the bat away from you). 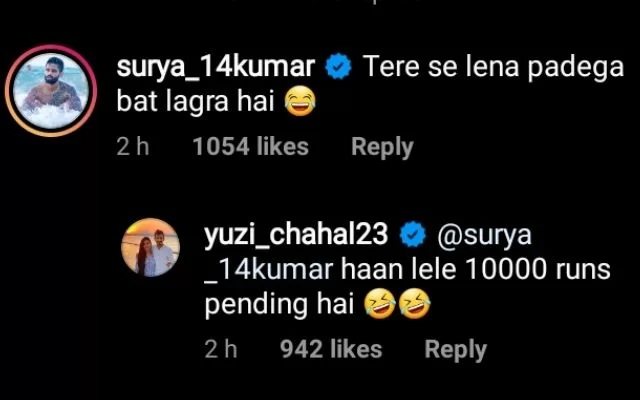 The South African star pacer, Dale Steyn also got involved in this. He could not help himself from writing a comment. Then he wrote a comment, “Facing Fast off spin?” Chahal then replied, “@dalesteyn secret sir.”

The star pacer did not have an IPL season according to his plan and would not like to recall it in the future. 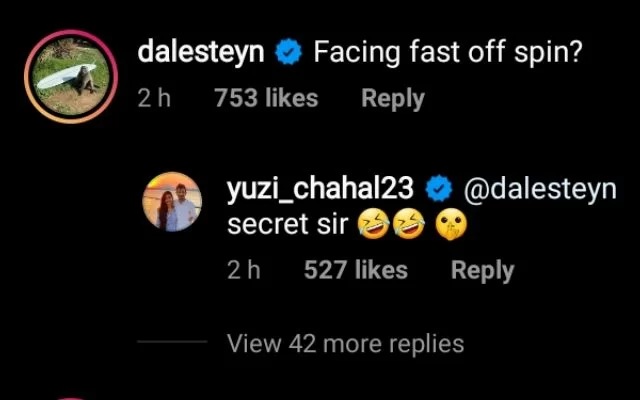 Chahal has had an amazing just-concluded IPL campaign for Royal Challengers Bangalore(RCB) led by Indian talisman, Virat Kohli. He was able to take stunning 21 wickets in 15 games.

With his performance in the IPL, he has secured a place in the Team India squad for the high-profile and crucial Australia tour. India-Australia series is set to commence on November 27 with an ODI. The match will take place at the Sydney Cricket Ground.