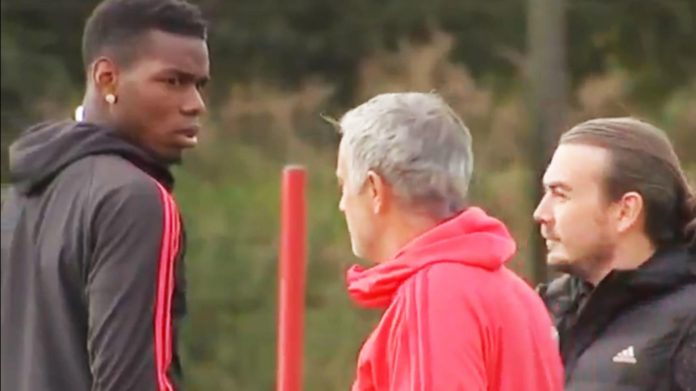 Paul Pogba is on thin ice with manager Jose Mourinho and the already shaky relationship has taken a new turn for the worse. The Manchester United manager told the France midfielder in front of team-mates that the World Cup winner will never captain the club again. 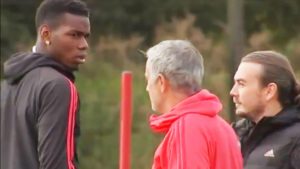 Sky sport’s footage of wednesday morning’s training session at Carrington puts the conflict between the two biggest personalities at Old Trafford into perspective. The footage was posted by Sky Sports early wednesday morning and things dont look to be in control at United.

What has been said between the pair this morning? 👀 pic.twitter.com/nRiTEgDJlH

With Paul Pogba questioning Jose’s tactics and Jose’s disciplinarian traits making players uncomfortable, Ed Woodward , the club’s Vice Chairman , could be in a fix on which side to take in this bust up. Consequently, the resurfacing of Paul Pogba to Barcelona talks in the winter transfer window is very much on the cards again.