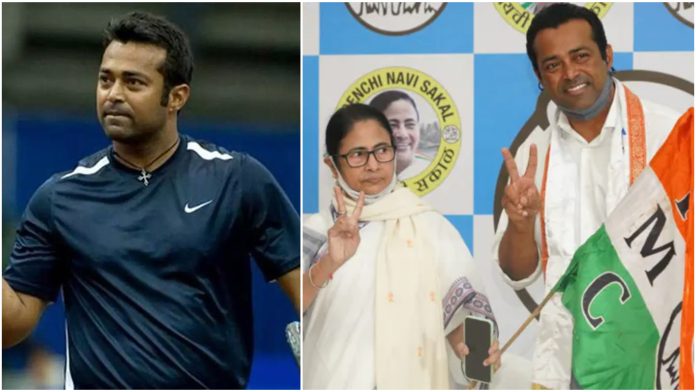 Veteran tennis star Leander Paes has joined forces with Trinamool Congress and has become the third celebrity – after actress Nafisa Ali and activist Mrinalini Deshprabhu – to join the party. They are eyeing to become a strong contender in Goa ahead of the 2022 Assembly Election and will contest against the ruling BJP in the state. Leander Paes was welcomed to the party by party chief and West Bengal Chief Minister Mamata Banerjee. 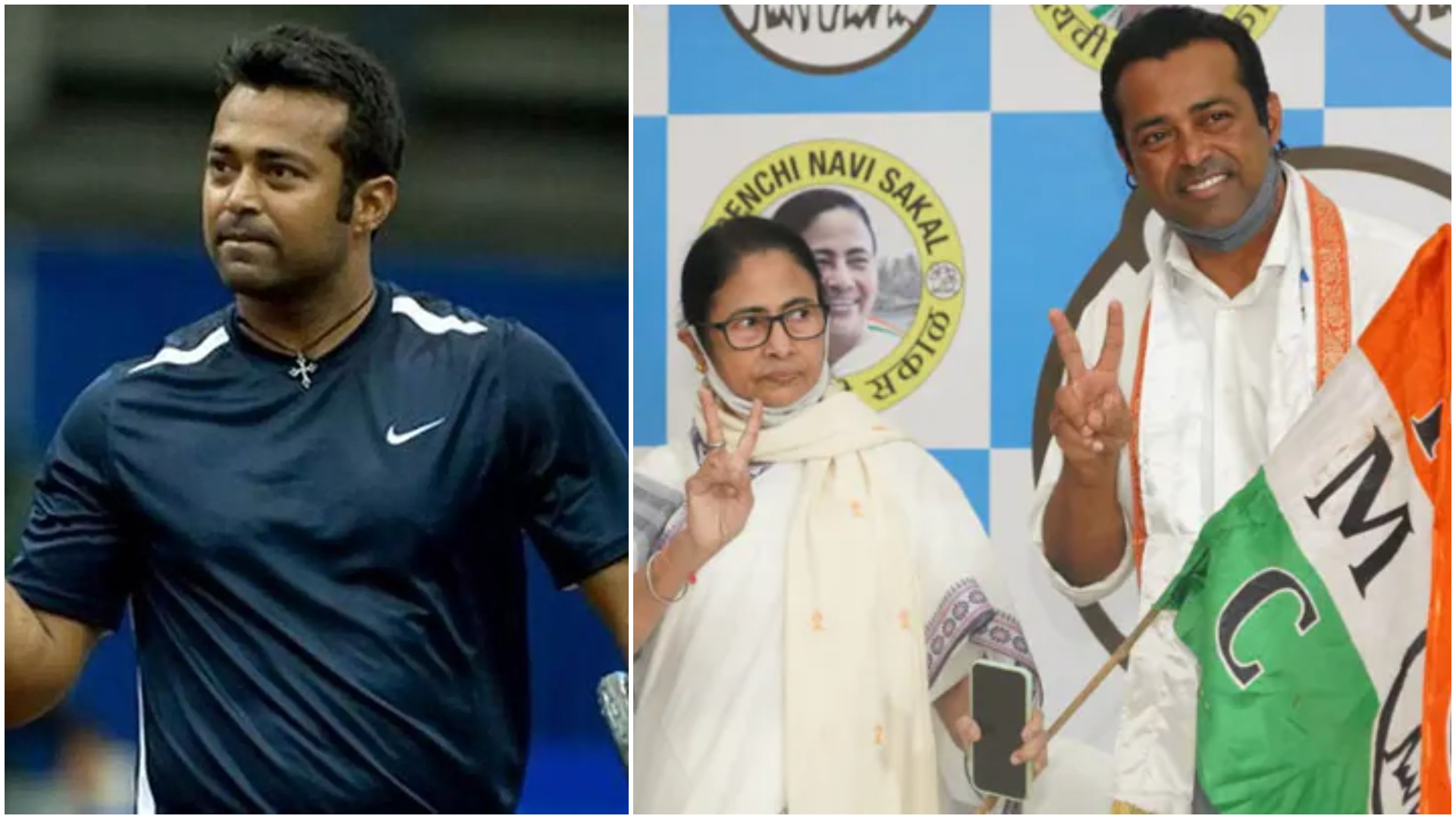 After joining the party, Paes went on to say that he has retired now from the sport which earned him the fame, Tennis. He now wants to serve the people by stepping foot in the world of politics.

“Now I have retired from tennis. I want to serve the people through the vehicle of politics…..to make a difference to country. Didi (Mamata Banerjee) is a true champion,” Mr Paes, 48, said.

“Happy to inform that Leander Paes joins TMC. I am too happy. He is my younger brother. I know him since I was the youth minister and he was very very young,” said Mamata Banerjee.

The All India Trinamool Congress(AITC) also issued a statement on Twitter regarding the Paes joining the party.

“We are extremely delighted to share that Shri @Leander joined us today in the presence of our Hon’ble Chairperson @MamataOfficial! Together, we shall ensure that every single person in this nation sees the Dawn of Democracy that we have been waiting for since 2014!”

We are extremely delighted to share that Shri @Leander joined us today in the presence of our Hon'ble Chairperson @MamataOfficial!

Together, we shall ensure that every single person in this nation sees the Dawn of Democracy that we have been waiting for since 2014!

Goa Assembly has a strength of 40 members out of which BJP currently has 17 legislators and enjoys the support of legislators from Maharashtrawadi Gomantak Party (MGP), and other regional parties. Congress, on the other hand, has 15 MLAs in the hous