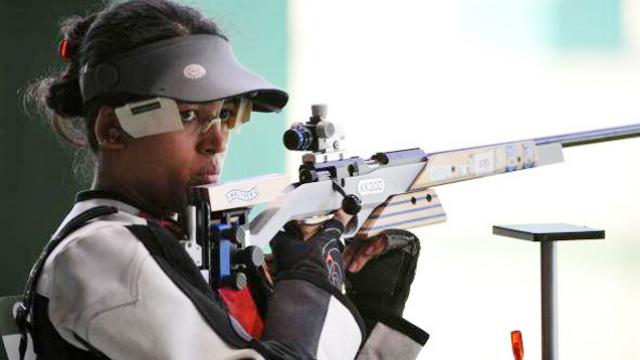 Veteran shooter, Tejaswini Sawant secured India’s 12th Olympic quota even though she missed out on a medal in the 14th Asian Championship on Saturday. The 39-year-old reached the finals of the 50m rifle 3 positions event, and bagged India’s quota for next summer’s Tokyo Games but finished fourth, missing the podium by a whisker.

The former world champion reached the final, shooting 1171 in the qualification round at the Lusail Shooting Range. But even after a fantastic performance in the finals, Sawant, had to be satisfied with a fourth-place finish with a score of 435.8.

Sawant previously missed out the opportunity to represent her country in the world’s biggest stage in 2008, 2012 and 2016, consecutively and this time she might just make it to the final squad with such inspiring performances.

But the seasoned shooter has enjoyed her fair share of success, finishing on top of the podium at the World Championship, World Cup and the Commonwealth Games and in 2010, she became the world champion in the 50m rifle event with a world-record equalling score.