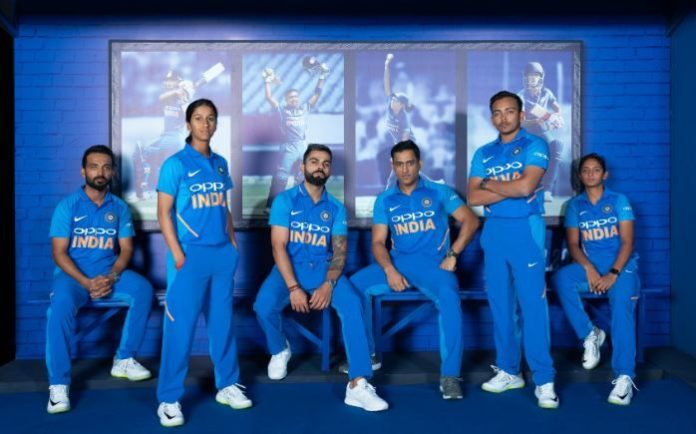 The new jerseys feature updated jersey cuts with print details recalling iconic moments from the team’s history. Captain Kohli has already declared the jersey to be the best Nike jersey he has worn in the past ten years. Meanwhile, Mahendra Singh Dhoni explained why the new jersey will act as another motivational factor.

The new kits have arrived! As the Men in Blue put on the revamped jerseys for the first time, we take you behind the scenes to know what’s changed – by @28anand

Kohli said, “I can feel the change. It (new jersey) is so light on the body. It is breathable. I feel there is no restriction at all. It is very stretchable, more than the last jersey. I can’t wait to step on the field with this one.”

“This team embodies a fearless spirit that we truly believe in and that’s what the world sees every time India steps onto the field. This new team kit is a testament to our style of play — it is inspired by us and the new India,” he added.

The jersey’s inner print takes inspiration from the Indian team’s three World Cup victories in 1983, 2007 and 2011. Nods from last year’s gradient color scheme have moved from the front of the chest to the inner collar, though the recognizable orange sits underneath for a shock of color.

The new cuts, engineered mesh and strategically-placed sweat zones work jointly to keep players loose and cool as it makes the jersey lighter.

Cricket: Ambati Rayudu retires from all forms of cricket

These two players were the best players for India at the...

Shubman Gill argues with umpire in Ranji match and gets ‘out’...