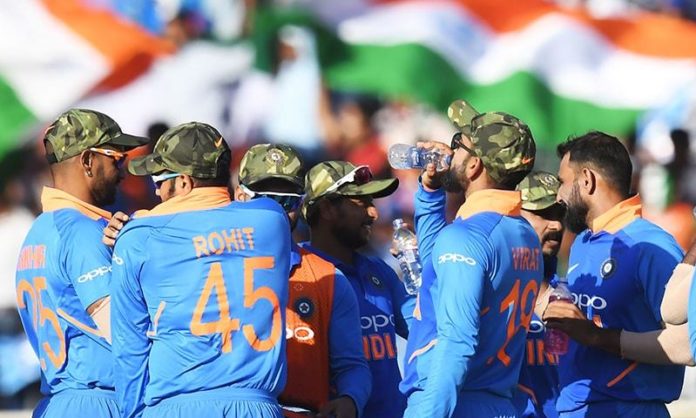 As mark of respect, the Indian cricket team wore camouflaged caps in the third One-Day International against Australia to pay homage to the CRPF jawans who died in Pulwama terror attack two weeks back and the armed forces.

The idea to sport the olive-and-black caps bearing the BCCI’s logo came from former Indian cricket captain Mahendra Singh Dhoni, who also happens to be an honorary lieutenant colonel with the Indian army.

“This is a special cap, it’s a tribute to the Armed forces. We’re all donating our match fees of this game to the National Defence Fund. I urge everyone in the country to do the same, donate and stick to the families of our armed forces,” Indian captain Virat Kohli said before the third in a five-match one-day series with Australia.

The players donated their fees from the match to a national defence fund to help out the families of defence personnel who die on duty. A playing XI member gets Rs 8 lakh as match fees per game in ODIs and the reserve players get half that amount.

The BCCI posted a clip on Twitter of commentators for the match also wearing the caps, signing off the tweet with #JaiHind.

A look at the comm box as they sport the camouflage caps#TeamIndia #JaiHind 🇮🇳🇮🇳 pic.twitter.com/saSmfnVJeC

Virat Kohli one victory away from becoming India’s most successful test...

Steve Smith addresses the media for the first time since ball-tampering...