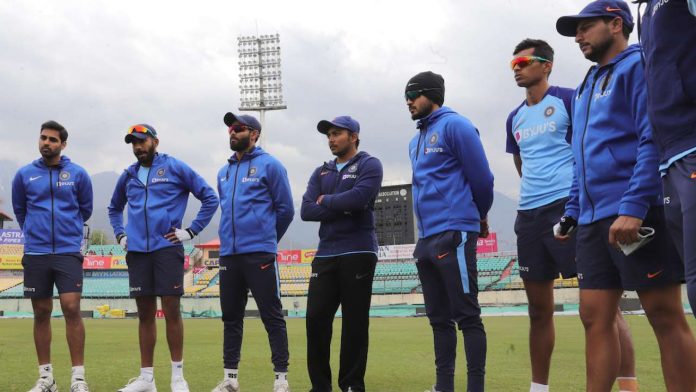 Team India’s management have been actively trying to rope in extra batsmen for the vital five-match test series against England. With Shubman Gill already ruled out of the series, the team are aiming to stack their batting unit in case injuries strike again during the series.

Abiding by the protocol, Team India’s manager Girish Dongre reportedly put in an official request to the chairman of selectors Chetan Sharma on June 28, for additional batsmen in lieu of injuries.

The team are in desperate need of an extra opener with the only available option to partner alongside Rohit Sharma being Bengal opener Abhimanyu Eeswaran. The management are pushing for more openers as they don’t have enough faith in Eeswaran to combat the likes of James Anderson, Stuart Broad, and Jofra Archer in his very first tour with the senior team.

Things are stationary as it stands as the Indian contingent in England are yet to receive a response from Chetan Sharma.

When Chetan Sharma was questioned about this, he asked to push the query towards the operations team. According to the Times Of India, there has been no update from the BCCI operation team as well.

While the team are eyeing Prithvi Shaw and Devdutt Padikkal as replacements, the letter to the selection team apparently does not state the name of the players. The letter only poses the team’s requirement for the tour and it is up to the selectors to choose the players for England.

This adds more confusion with the players likely to be called up being in Sri Lanka at the moment gearing up for their limited-overs series. The management in the neighbouring island nation are equally clueless in the running charade.

“Even if they don’t have to travel and the BCCI is not considering replacements for England, at least not these two names, then the board can at least convey a clear ‘no’ on the matter and put an end to it,” sources close to the team said to the Times Of India