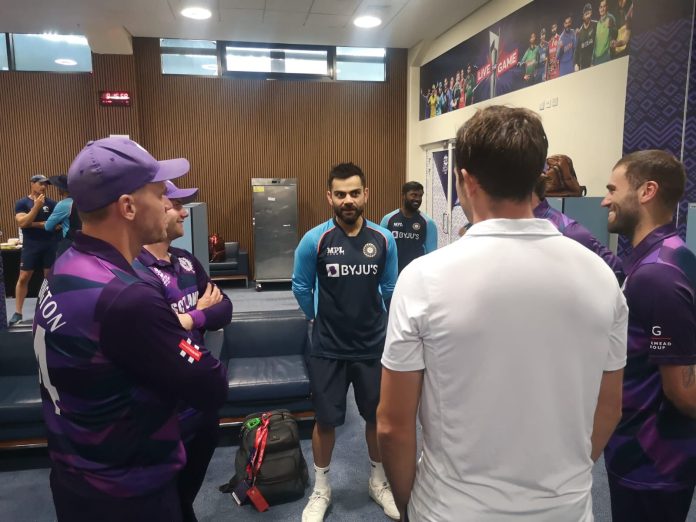 Team India pulled off a magnificent win of gigantic proportions against Scotland to bolster their net run rate and remain alive in the tournament. Following an all-around performance that gifted them 2 points, a select number of Team India members made their way to the Scotland dressing room. 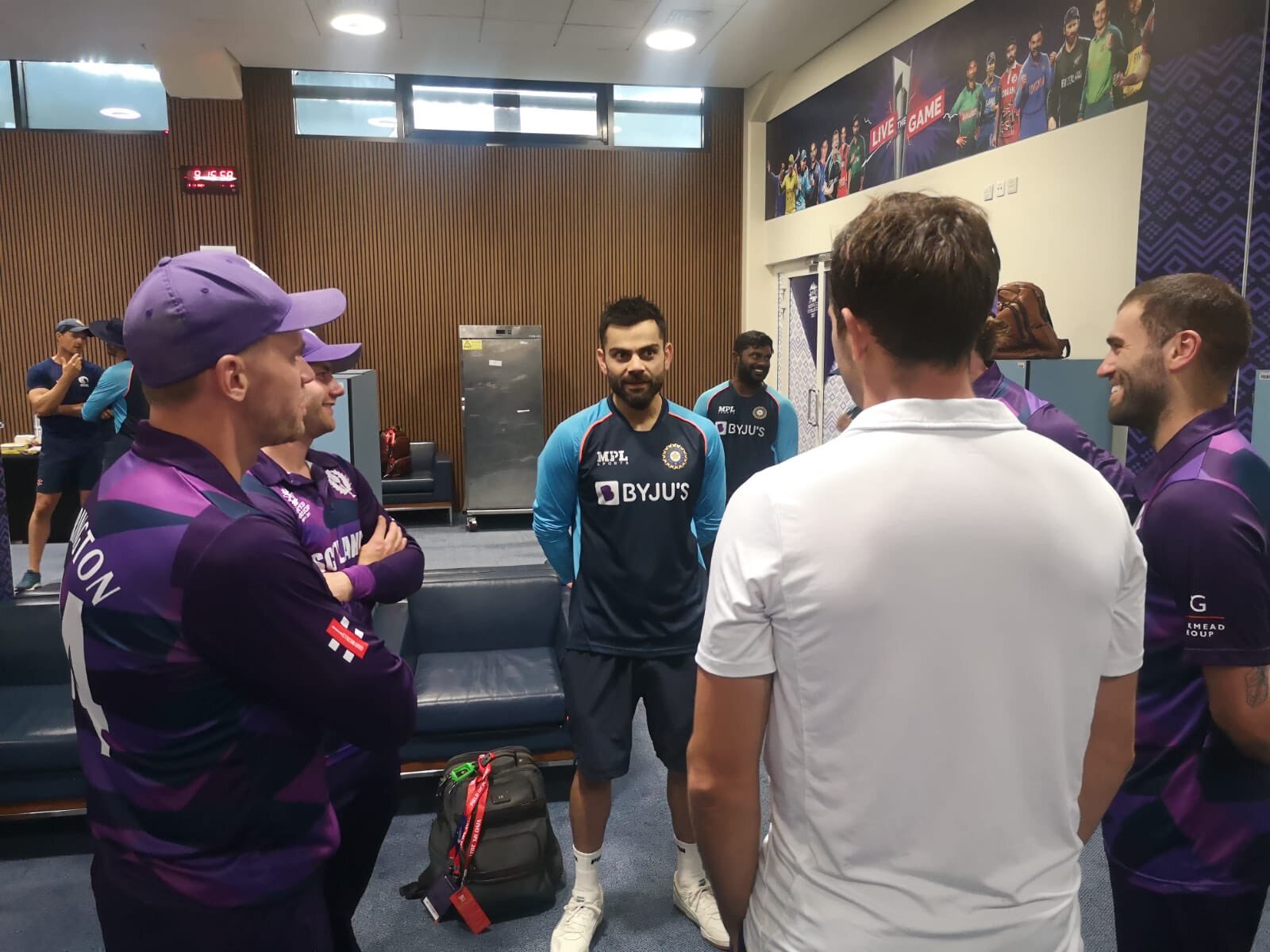 A few days ago, the Pakistan team had done the same with the Namibian team after their match-up. In the images released by the Scotland cricket social media team, Virat Kohli was seen having a chat with a number of players.

More senior members like Rohit Sharma, Jasprit Bumrah and R Ashwin were also seen in conversation with a segment of players from the Scotland camp. Scotland captain Coetzer admitted during the post-match presentation, that his team was outplayed across all departments. He said:

“We were outclassed in every department. The only way we’re going to improve is by getting games like this. Boys are still going to take something out of this. Mark has been excellent for us all tournament. He has a great set of skills, he has learnt a lot from other spinners too. That’s another important reason for us to be in this tournament.”

The team also proceeded to thank the Indian contingent for taking the time to have a talk with the players. Here are the images:

Huge respect to @imVkohli and co. for taking the time 🤜🤛 pic.twitter.com/kdFygnQcqj

Scotland have been handed losses across all their matches in the Super 12s and will face Pakistan to conclude their campaign.

After ending his coin toss drought, Virat Kohli elected to send Scotland into bat first. The Indian bowlers were on point and restricted Scotland to just 85.

India had to chase the target in 7.1 overs in order to better Afghanistan’s net-run rate. The openers went for the kill from the word go and managed to score 80 runs in the powerplay itself. KL Rahul shone with the bat with a sensational 18-ball 50 with Rohit Sharma also striking from the other end.

India can still qualify for the semi-finals if Afghanistan are able to beat New Zealand. In that case, India will have to defeat Namibia and finish above Afghanistan on net run rate.

Virat Kohli reacts after ending the toss curse on his birthday