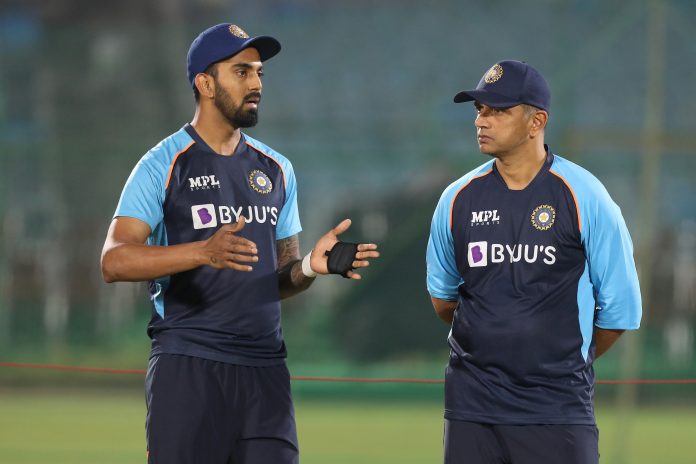 As Team India takes to field on Wednesday, Men in Blue would look to sort their T20 kinks out as well as try out the bench with Rohit Sharma as captain & Rahul Dravid as the head coach. 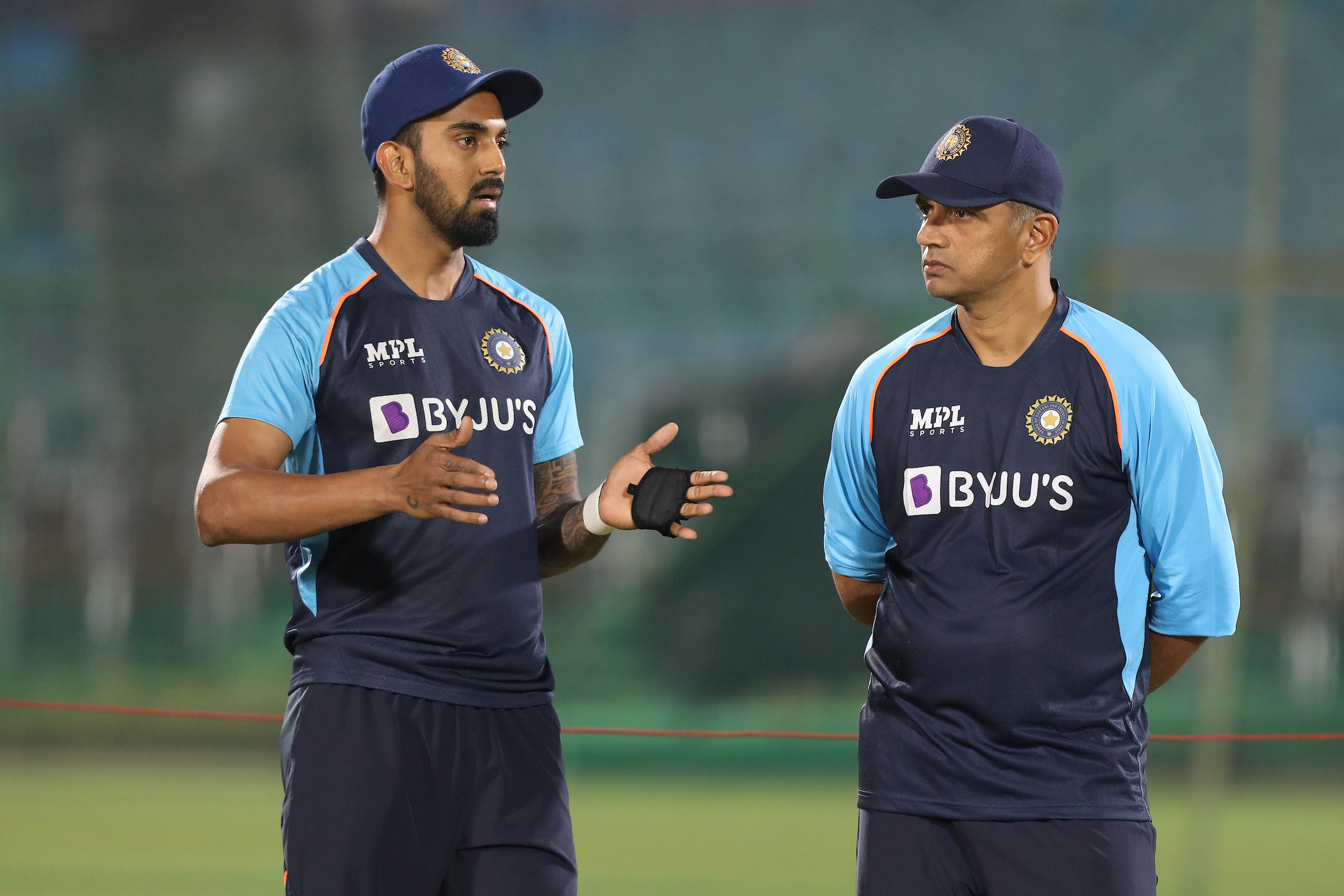 Dravid, the newly-appointed Indian coach and a legend of the game, returns to fulfil the chronicles of a coaching job foretold.
While India’s new T20I captain Rohit Sharma will be taking over the baton from this series onwards. India has had quite a dismal show in the T20 World Cup and would be eyeing to regroup and start afresh their preparation journey for the 2022 T20 World Cup.
New Zealand have this habit of beating India in the ICC tournaments, however, when it comes to bilateral series, India do become a dangerous unit. Ahead of the first match of the three-match series against New Zealand, the Men in Blue will go into the contest as favorites.
The fact is that the Kiwis might find it a bit tough to pick themselves up mentally so soon after the loss in the T20 World Cup final.
Unlike New Zealand, India’s temptation to change would be more pronounced in T20s after their premature departure from the World T20.
Team India head coach Rahul Dravid, as expected, sounded extremely clear and focused during his first press conference after taking up the mantle from Ravi Shastri.
Dravid is very clear in his thinking and the fact that he revealed that India will not prioritize any format bears testament to his approach.
The last time a T20 game at the senior level was played at the Sawai Mansingh Stadium in Jaipur was during the IPL in April 2019. The pitches then were batting-friendly, although bowlers could extract something from them. The larger ground dimensions give spinners some cover as well.

The roads towards this series for India and New Zealand did cross very recently in the T20 World Cup. Both teams were in the same group and the Kiwis had defeated India, which ultimately knocked them out from the group stage. New Zealand went on to qualify for the semi-finals and defeated England there. However, they faced a determined Australian team in the final that got the better of the Black Caps.
Trent Boult has opted to skip this tour as he has been in several back to back biosecure bubbles. The skipper Kane Williamson has decided not to take part in the T20I series. He wants to concentrate on the two-Test matches that follow. Tim Southee will lead the side in his place.

For India, it’s time to press the reset button after a poor show in the T20 World Cup. Virat Kohli has relinquished captaincy in the shortest format. Ravi Shastri’s reign as the coach has also ended. It’s a new era under the captaincy of Rohit Sharma and Rahul Dravid as the coach. A few of the regulars like Kohli, Jasprit Bumrah, Mohammad Shami, Ravindra Jadeja have been rested for this series. It gives an opportunity to the IPL performers to take the center stage.
The likes of Ruturaj Gaikwad, Venkatesh Iyer, Avesh Khan and Harshal Patel have been rewarded for their performance in the IPL. They will be looking to make a mark to seal a place in the squad.
Both Rahul Chahar and Venkatesh Iyer, who were part of the team in the ICC T20 World Cup 2021 have been excluded. Yuzvendra Chahal marks his return in the team, while Ravi Ashwin has been retained as well.