Team India have remained at the the number one spot as the Test side in the ICC team rankings after the annual update was released on Thursday. India are atop the  table with a rating of 121 after they garnered 2914 points from 24 matches. 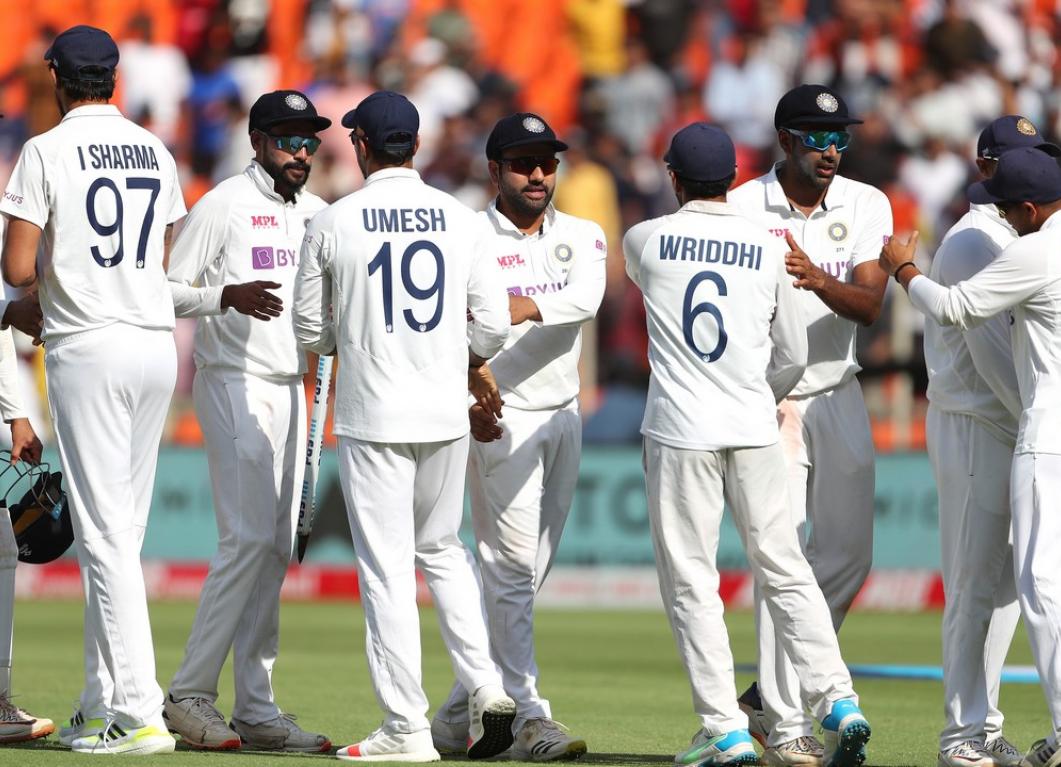 The Men in Blue are leading on the top as their opponents for World Test Championship final opponents, New Zealand, with a rating of 120 are a notch down from them. The Kiwis were able to tally 2166 points from 18 Tests.

England have a rating of 109 and have climbed up a place to third position by eclipsing Australia who have 108 rating and have gone down to fourth spot now. Pakistan with 94 rating are currently positioned at fifth rank, while West Indies having 84 rating have jumped two places to sixth.

ALSO READ: SL vs IND: Shreyas Iyer unlikely to recover in time for tour; captaincy race down to Dhawan and Pandya

India have their eyes set on the inaugural ICC World Test Championship(WTC) final as they will square off against New Zealand at the Southampton’s Ageas Bowl from June 18 to 22.

The squad is set to get bolstered with the crucial returns of all-rounder Ravindra Jadeja as well as Hanuma Vihari who had previously sustained injuries in their tour of Australia back in January this year.

Jadeja, showcased some brilliant performances in the now suspended IPL 2021. He had suffered a fractured thumb on the third day of the third Test in Sydney and was ruled out of the remainder of the series. Vihari, on the other hand had suffered a hamstring tear on the final day of the Sydney Test.

KL Rahul and Wriddhiman Saha are both subjected to fitness clearance while, Kuldeep Yadav and Navdeep Saini has been dropped out of the squad.