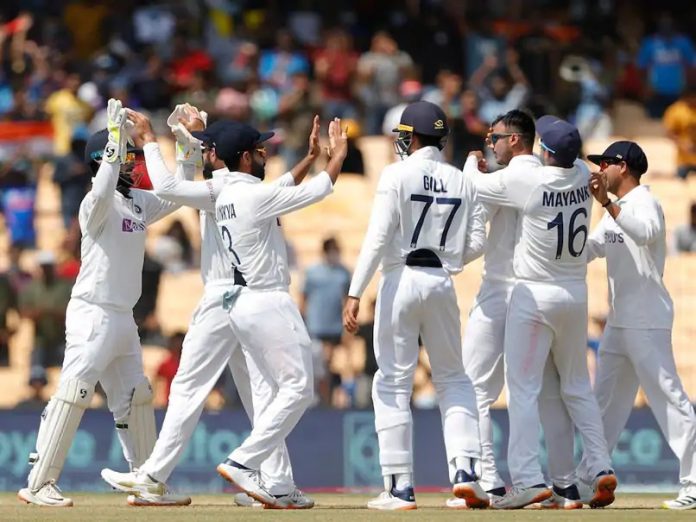 Team India have registered a convincing win over England by 317 runs in the second Test at the MA Chidambaram Stadium in Chennai on Tuesday and level the four-match series 1-1 as well. India successfully bundled out England for 164 in their second innings with more than four sessions of the match in hand.

However, the victory was important for India to keep the hope alive for their qualification in the World Test Championship (WTC) as they require to win the series with at least a margin of 2-1 in order to reach the final to Lord’s for the inaugural title clash against New Zealand. It is also noteworthy that, Team India had lost the first Test at the same venue by a huge margin of 227 runs.

⬆️ India move to the No.2 position
⬇️ England slip to No.4

Here's the latest #WTC21 standings table after the conclusion of the second #INDvENG Test! pic.twitter.com/bLNCVyDg4z

Meanwhile, India, England and Sri Lanka are all on the verge of having a chance of reaching the final of the inaugural WTC final as well. However, Team India need to win the four-match Test series either 2-1 or 3-1 in order to make it to the final in June at Lord’s against New Zealand.

On the other hand, England have a tough task ahead at hand as only a 3-1 series victory can guarantee their position in the final of WTC, meaning they have to win the next two Tests against England at Ahmedabad. However, Australia can only qualify if England wins the series 2-1 or the series ends in a draw as well.

What does that #INDvENG result mean for the #WTC21?

As the first two Tests in Chennai have been finished, the final two Tests and the Twenty20 International series will be played in Ahmedabad now where the third Test will be a day/night affair with pink ball, starts on February 24 as well.

While chasing a 482-run target on a difficult surface, England resumed at the overnight score of 53 for three but their batsmen struggled to get going against a spin attack posed by the Indian bowlers. While the off-spinner Ravichandran Ashwin claimed 3 wickets for 53 where he first removed Dan Lawrence (26) and then dismissed Stokes (8) as well. Axar Patel put up a great show by claiming 5 wickets for 60 runs whereas Kuldeep Yadav too picked up 2 and helped India win the match as well.