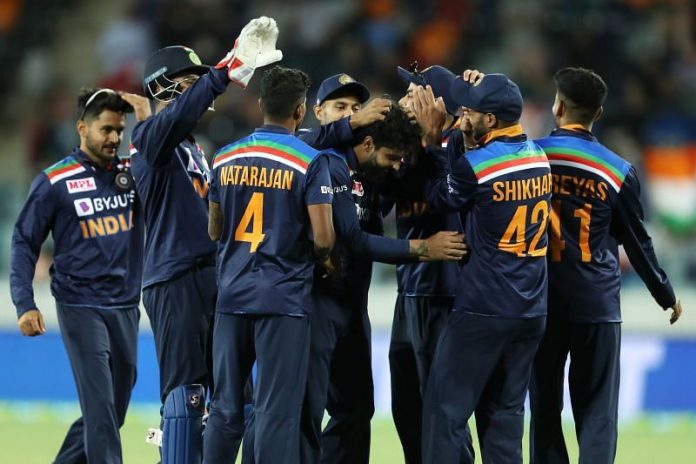 Team India have announced the squad for the upcoming Twenty20 International series against England which will take place after the end of the rest two Tests in Ahmedabad. While Rishabh Pant has returned to the limited-overs format, Mumbai Indians’ star players Suryakumar Yadav and Ishan Kishan have earned their maiden call-ups which is a reward for their stunning show in IPL 2020 and the domestic circuit as well.

Pant, who was earlier dropped for the limited-overs series in the Australia tour due to his poor form with both the bat and keeping gloves, has once again made it to the squad after showing immense improvement. And his consistent performances in the Test format, in Australia, and in India helped him to return as well.

On the other hand, Ishan Kishan has earned the call-up on the same day when he smashed 173 runs in just 94 balls for Jharkhand in a Vijay Hazare match against Madhya Pradesh. However, another wicketkeeper-batsman Sanju Samson failed to make it to the squad. Meanwhile, Suryakumar Yadav was on the verge of getting a call-up for a long time which he finally earned.

Rahul Tewatia, who came into the limelight after his heroics for Rajasthan Royals last year in the IPL, earned his maiden call as well. Varun Chakravarthy, who was earlier added to the T20 squad for the Australia series, but later ruled out owing to his shoulder injury, has also found a place in the squad.

As far as the fast bowling department is concerned, Bhuvneshwar Kumar has made a return to the squad, but the team wouldn’t get the service of Jasprit Bumrah as the speedster has been given a rest.