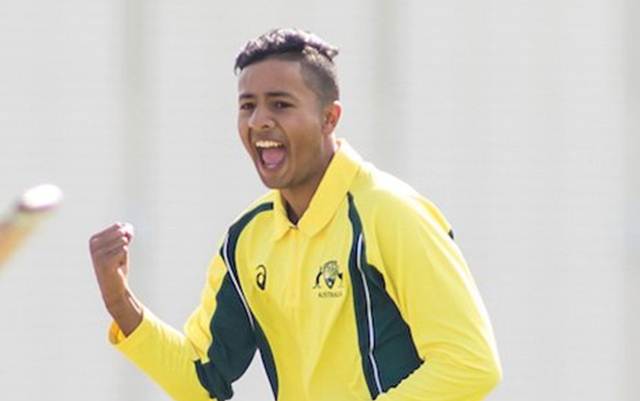 Tanveer Sangha, the son of an immigrant Punjabi farmer has become the only second person of Indian descent to be selected in the Australian men’s national cricket team. The 19-year-old leg spinner will be featured in the 18-member team for the Australia-New Zealand T20I series this February as well.

“I was over the moon when I got the call. It took a while for it to sink in … I did not expect to be selected at such a young age,” Tanveer said to Times of India on Thursday.

However, this is not the first time that Indian descent cricketers have played on Australian teams. Jason Sangha, Arjun Nair, Param Uppal are the cricketers who earlier featured at the national or U-19 level earlier as well. But it was only Gurinder Sandhu, who born to Punjabi parents, had played in the men’s international cricket team before Tanveer six years ago.

Apart from him, three Australian players whose parents were born in India or related to India were – Bransby Cooper (1877), Rex Sellers (1964), Stuart Clark (2006). On the other hand, Tanveer’s parents had moved to Sydney from Jalandhar way back in 1997. His father, Joga Singh Sangha, used to be a Punjab farmer who moved to Australia on a student visa and started working on a farm and later started driving a taxi which he still does whereas his wife, Upneet, is an accountant as well.

“Tanveer is a natural sportsperson. He played volleyball, rugby and kabaddi growing up,” Joga said. “When Tanveer was 10, he showed interest in cricket. By the time he was 12, I got him to play in local adult cricket teams.”

Tanveer again shared, “The school I attended, East Hills Boys High School, was the same that Steve and Mark Waugh went to. Olympic gold medalist swimmer Ian Thorpe, too. It gave me access to a good cricket club.”

In 2018 the youngster was seen with the Australian-Pakistani leg spinner Fawad Ahmed in Melbourne. “This was during the second or third game of the U-16 series against Pakistan. Since that day, he has been my mentor,” further added Tanveer.

However, his father turned him into a spin bowler at the age of 13. He claimed 15 wickets in six games and became the highest wicket-taker at the U-19 World Cup for Australia as well.

“He is a very good batsman. He batted five times in the U-19 World Cup and had a strike rate of 85.26. To avoid a shoulder injury, I suggested he pick up spin bowling instead of pace bowling,” revealed Joga.