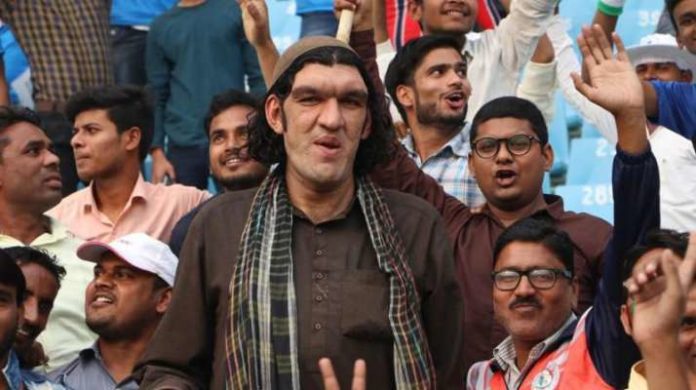 The Afghanistan vs West Indies series taking place in India has brought with it a guest from Afghanistan who’s making all heads turn. Sher Khan , who;s 8 feet 2 inches tall is not having the best time in Lucknow though. 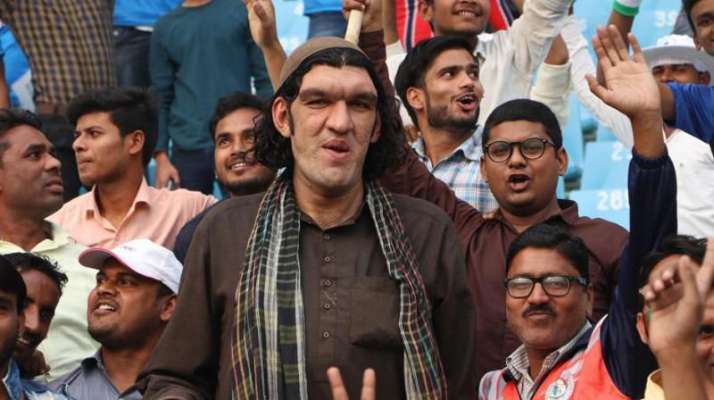 Most hotels haven’t allowed him a stay as they thought his appearance was suspicious. So, Sher Khan received assistance from the local police station who escorted him to hotel Rajdhani where Mr.Khan felt the rooms were uncomfortable.

As soon as the news of the ‘tall man’ spread in the area, scores of people came to the hotel to see Khan, who finally had to be escorted by the police to the Ekana stadium to watch the match where, again, he was the bigger attraction.

Lucknow will be graced by Mr.Khan for a few more days before he leaves for Kabul.