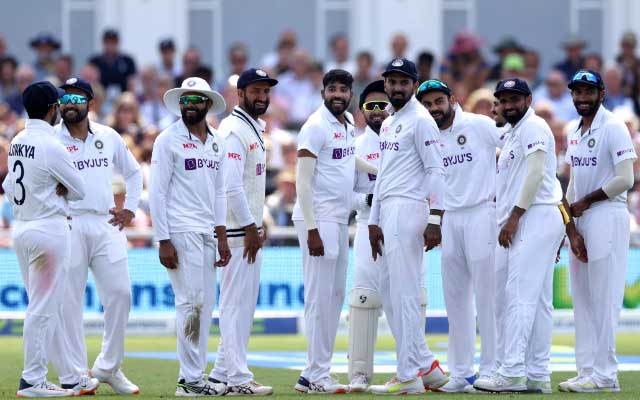 India skipper Virat Kohli addressed the speculations behind the team combination following Shardul Thakur’s hamstring injury, that rules him out of the Lord’s Test. Kohli asserted that the team would not naturally be inclined to play an extra batsman and dismissing the opponent twice would always take precedence.

Team India arguably have numerous potential replacements to replace the right-arm pacer. The prospect of R Ashwin making it into the lineup after being omitted for the first Test is a possibility as the off-spinner has been coming into the series on the bank of some splendid performances away from home. He also partook in a County Championship match prior t the start of the series and scalped seven wickets as well.

Ishant Sharma could also make it into the playing eleven. The pacer has a stellar record at the Home Of Cricket and played an instrumental role when the visitors capped a win in 2014. He has reportedly recovered from the injury he sustained in the WTC Final and ruled him off selection for the first Test.

Kohli claimed that finding the balance would be key. Ahead of the second Test, he said in a virtual conference:

“For us, it’s about finding that perfect balance, But if someone like Shardul is not available, then we’ll definitely first think how to pick up 20 wickets … and we’ll be very comfortable after how the first Test went.”

He admitted that the middle-order did not contribute with the bat, and lauded Ravindra Jadeja and the tail-enders for their inputs late in the innings. Kohli added that the team are comfortable with their batting even with Thakur’s absence. He elaborated:

“Shardul brings in more batting ability but having said that, from the batsmen’s point of view, we are well-placed because [Cheteshwar] Pujara, Jinks [Rahane] and myself, we did not score too many. Every game is an opportunity for the other batters to step up as well. Rohit [Sharma] and K.L. [Rahul] played really well. We are very comfortable where we are placed as a batting unit and we don’t feel we might be a batsman short if Shardul doesn’t play.”

India will take on England in the second Test of the five-match series starting tomorrow.