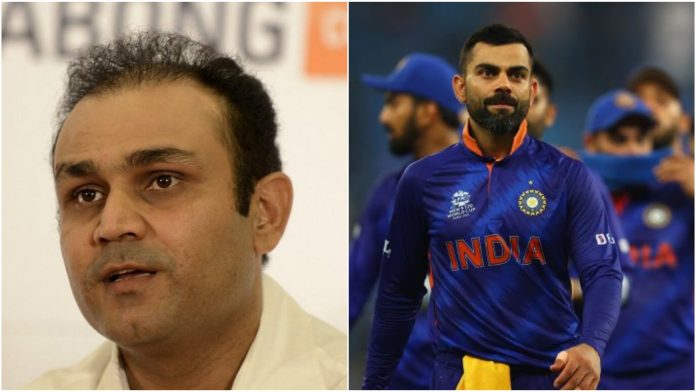 The former Indian opening batter Virender Sehwag noted how Team India crippled against New Zealand in the crucial Super 12 crunch game in the ongoing T20 World Cup. The disappointing defeat has reduced the chances for the Men in Blue to qualify for the Semi-Finals of the mega event. India lost their opening outing against arch-rivals Pakistan and after the defeat against The Kiwis, Virender Sehwag believes that Virat Kohli’s side has virtually ensured they won’t be securing a spot in the semis. 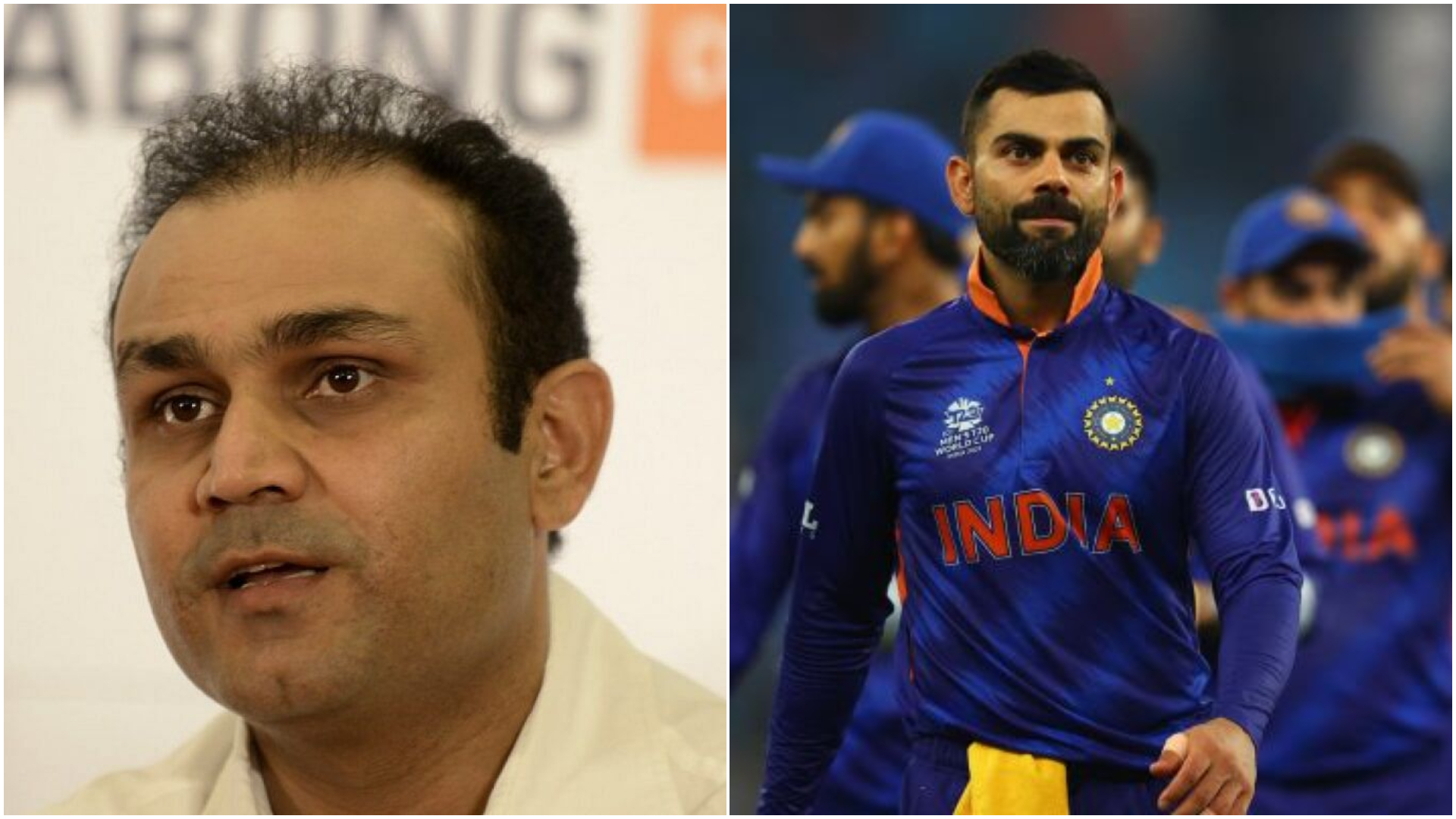 Kohli’s men surrendered the match against the Kiwis as they lost the encounter by 8 wickets. New Zealand captain Kane Williamson opted to bowl after winning the toss, and India put on a weak batting performance in the match.

India could only manage to tally 110/7 in 20 overs after coming on to bat first, as none of the batsmen was able to score massive runs. It took New Zealand only 14.3 overs to chase down the total with Daryl Mitchell scoring 49 runs in 35 balls to lead the chase.

India have lost their two games with big margins and hence, are also down on the Net Run Rate, which may prove to be a factor if India manage to win all of their remainder of the Group games. Hence, Virender Sehwag believes things have become very challenging for Kohli’s men after the loss to New Zealand.

He took to Twitter following the conclusion of the match and let his thoughts known by writing:

“Very disappointing from India. NZ was amazing. India’s body language wasn’t great, poor shot selection & like a few times in the past, New Zealand has virtually ensured we won’t make it to the next stage. This one will hurt India & time for some serious introspection #IndvsNZ,” Sehwag tweeted.

Very disappointing from India. NZ were amazing. India’s body language wasn’t great, poor shot selection & like few times in the past, New Zealand have virtually ensured we won’t make it to the next stage. This one will hurt India & time for some serious introspection #IndvsNZ

Kohli and co. are set to take on Afghanistan in their fixture on Wednesday at the Sheikh Zayed Stadium in Abu Dhabi.