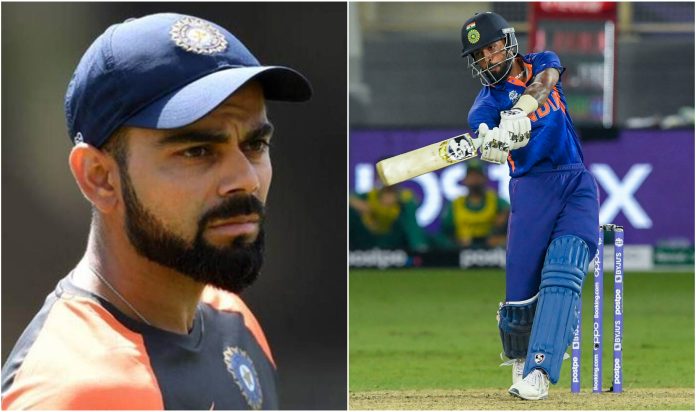 Indian skipper Virat Kohli certainly has faith in all-rounder Hardik Pandya, especially for his batting prowess. The big-hitter was not able to showcase his skills in India’s exciting clash with Pakistan in the ICC Men’s World Twenty20 at the Dubai International Stadium last Sunday. Pandya was sent in to bat at No. 7 and he managed to score only eleven runs off eight balls before falling to fast bowler Haris Rauf. However, despite the result, Virat Kohli has backed Pandya and he stressed the value he brings into the squad. 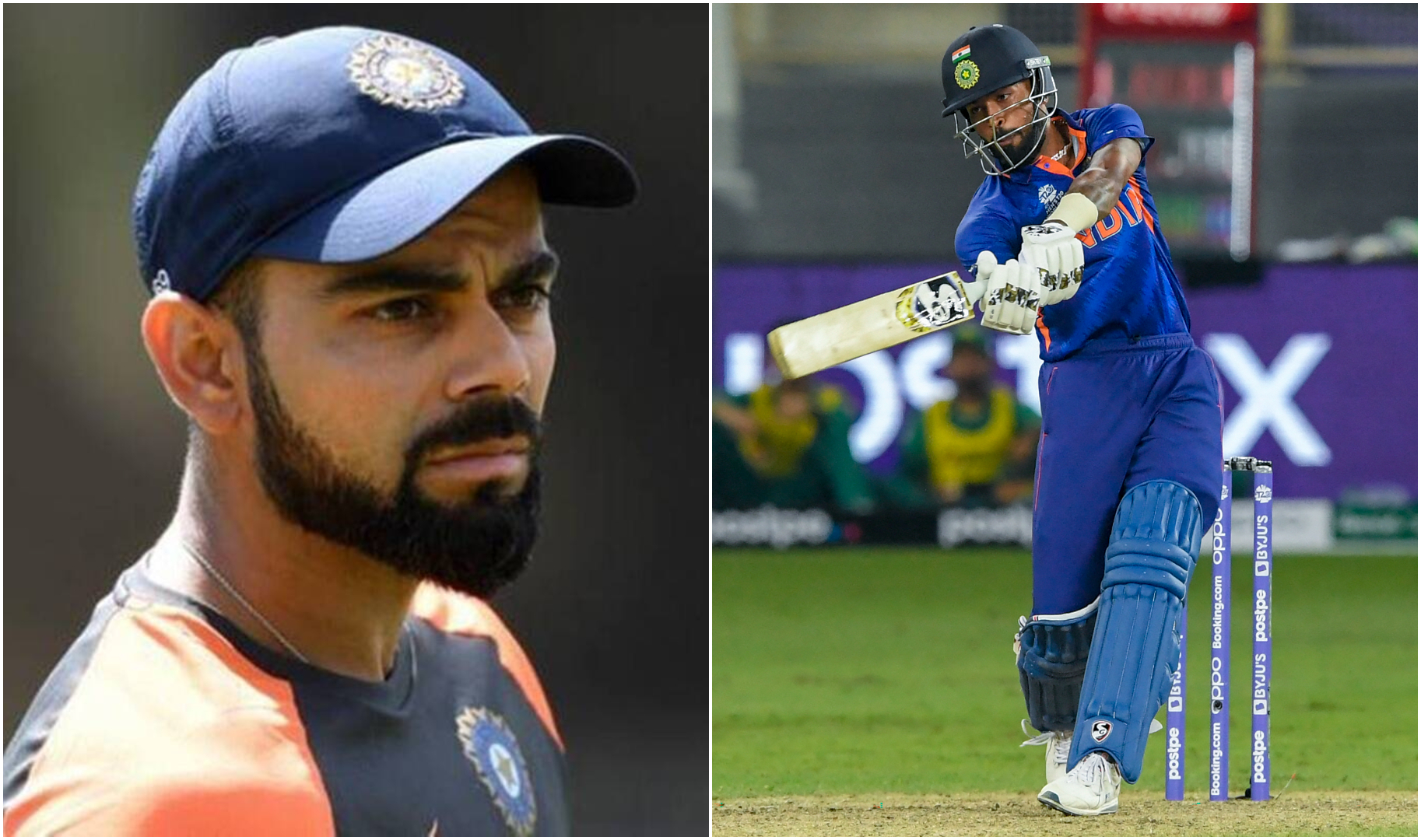 Pandya had suffered an injury on his right shoulder while dealing with a slow bouncer from left-arm seamer Shaheen Shah Afridi. There is no official word about the severity of the injury but he was sent for scans immediately after the match.

Virat Kohli considered Pandya as a batter in the match. Kohli had revealed at the press conference before the match that Hardik needed more time to bowl at least two overs at some stage of the tournament, and he brings value at No.6 and that he has the ability to change the game. he had done it against Australia at Sydney in December last year. Hardik had raced to a 22-ball unbeaten 42 with three 4s and two 6s.

Pandya has the ability to play the big shots from overs 16 to 20. He is undoubtedly a game-changer and can convert shots for boundaries and maximums. He has so far scored 495 off 341 balls – with 30 sixes and 29 fours for a strike rate of 145.16.

He is likely to play the crunch match against New Zealand on October 31 at the Dubai International Cricket Stadium. He has also resumed bowling drills in the nets during the training sessions and could return to bowling in the tournament.