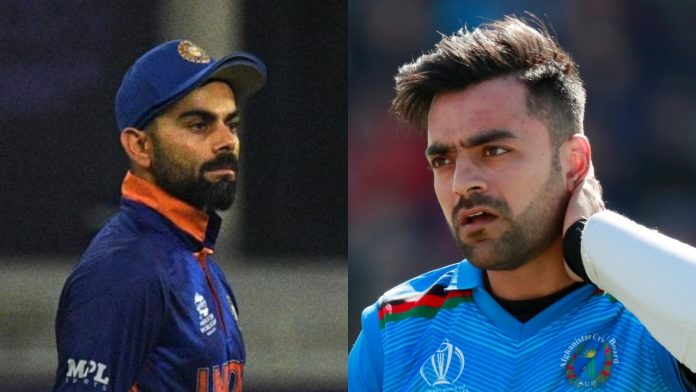 Team India are set to lock horns with Afghanistan in a crucial Super 12 match in the ongoing T20 World Cup at Sheikh Zayed Stadium in Abu Dhabi.

India are having a forgettable run in the competition, having lost both the encounters they’ve played thus far. They first lost to arch-rivals Pakistan by 10 wickets and then against New Zealand by eight wickets. A loss on Wednesday would be a huge blow for the Men in Blue that we will narrow the chances of them qualifying for the semis.

India need to win all three of their remaining matches by big margins. Even then, they will need other results to go in their favor to make it to the semis.

Afghanistan, on the other hand, will be eyeing to pick a victory against India and they will further need to battle New Zealand and Namibia to secure a place in the semi-final. They will have to win against the Indian side to make their chances stronger to make it to the knockout stage. They have won against Scotland and Namibia in their previous matches, while suffered a loss against Pakistan.

India are the favorites and are priced at 1.25 meaning if you bet ₹100 on them and if they win the match, you’ll be making ₹125.

Afghanistan are  the underdogs and priced at 4.00 meaning if you bet ₹100 on them and if they win the match,you’ll be making ₹400.

The Indians have lost two games in a row and they would be pretty much down on confidence. However, they have the fire in them to make it to the semi final. They are expected to end their losing streak and get back to winning ways but Afghanistan will give their all to bag a win. As it looks, Virat Kohli’s side are expected to grab a win in this outing.