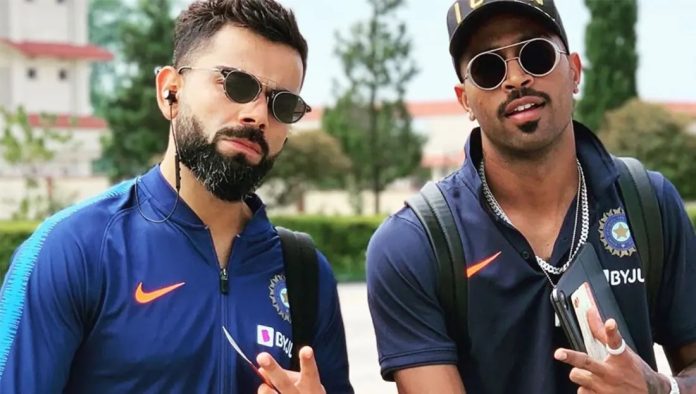 Former Team India skipper Virat Kohli and veteran all-rounder Hardik Pandya, currently preparing for the upcoming 2022 ICC Men’s T20 World Cup, are set to be seen with new hairstyles in the tournament, kicking off in Australia on 16th October.

Jordan Tabakman, a famous hairstylist from Australia, is the man behind Kohli and Pandya’s new hairstyle. Jordan himself has shared a video of Kohli on his official Instagram page, in which ‘King Kohli’ is seen flaunting his new look.

On the other hand, Pandya shared a photo of him along with Jordan, flaunting his new haircut on his Instagram story, thanking Jordan for his impeccable work.

There is currently a flurry of preparation going on by the Indian team for the T20 World Cup in Perth, and part of the prep includes facing Western Australia in two warm-up matches.

The Men in Blue will play its second warm-up match against Western Australia on Thursday after Kohli was unable to participate in the first warm-up match. Nonetheless, the former Indian captain has returned to his old colors and is coming off his 71st century in international cricket at the Asia Cup 2022. In 21 T20 World Cup matches, Virat has scored 845 runs and has averaged over 76 runs in this prestigious tournament.

Furthermore, Hardik Pandya has emerged as one of the team’s highest hopes in the World Cup. Currently, the 28-year-old all-rounder is in excellent shape. Having led Gujarat Titans to their maiden IPL trophy this year, ‘Kung Fu Pandya’ is expected to be on top form in Australia.