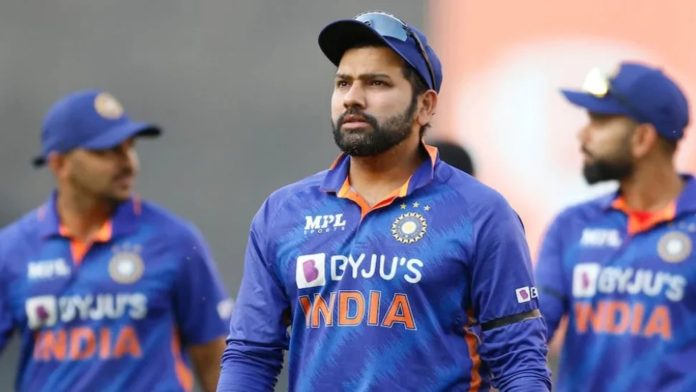 Indian skipper Rohit Sharma has some huge responsibilities this time around for Team India. It seems the Men in Blue will do everything in their power to change their luck in the ICC tournament. Rohit recently revealed that how the team was disappointed to not have won an ICC trophy in the past nine years, but that does not add to the pressure ahead of their blockbuster T20 World Cup opener against Pakistan.

Sharma recently talked to about India’s disappointing exit from the last year’s T20 World Cup, where the Virat Kohli team was knocked out in the group stage of the tournament. Sharma stated that there is a lot of work has gone into evaluating what went wrong and what could be done to correct the mistakes.

He was then asked if it was an added pressure to change the fortunes of India in the ICC trophies, Sharma said that it wasn’t, but it certainly was a challenge:

“It’s not a pressure as such, but it is a challenge for us to come out on top in ICC tournaments. The opportunity always comes and we have the opportunity now to focus on getting certain things right. It is a challenge since we have not won an ICC trophy in 9 years and we are certainly a little disappointed in that and this tournament gives us a chance to change that. We will take it one game at a time,” Sharma explained.