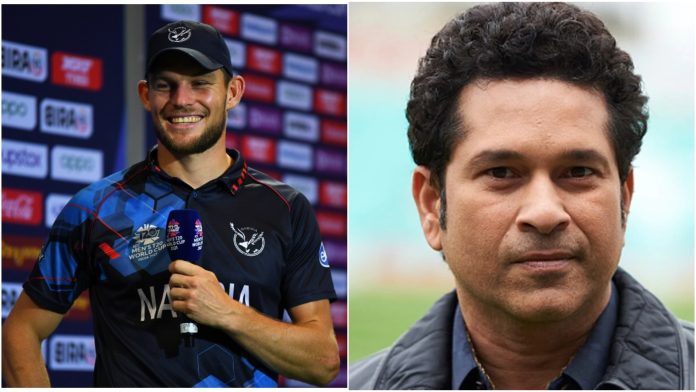 The legendary Sachin Tendulkar recently sent out a Tweet following Namibia’s historic win against Sri Lanka in the opening Round 1 game of the T20 World Cup at the Kardinia Park in Geelong. He was quite impressed with the outcome of the match and hailed the winners, Namibia. It has now come to light that Namibia’s Gerhard Erasmus has responded to the epic Tweet. 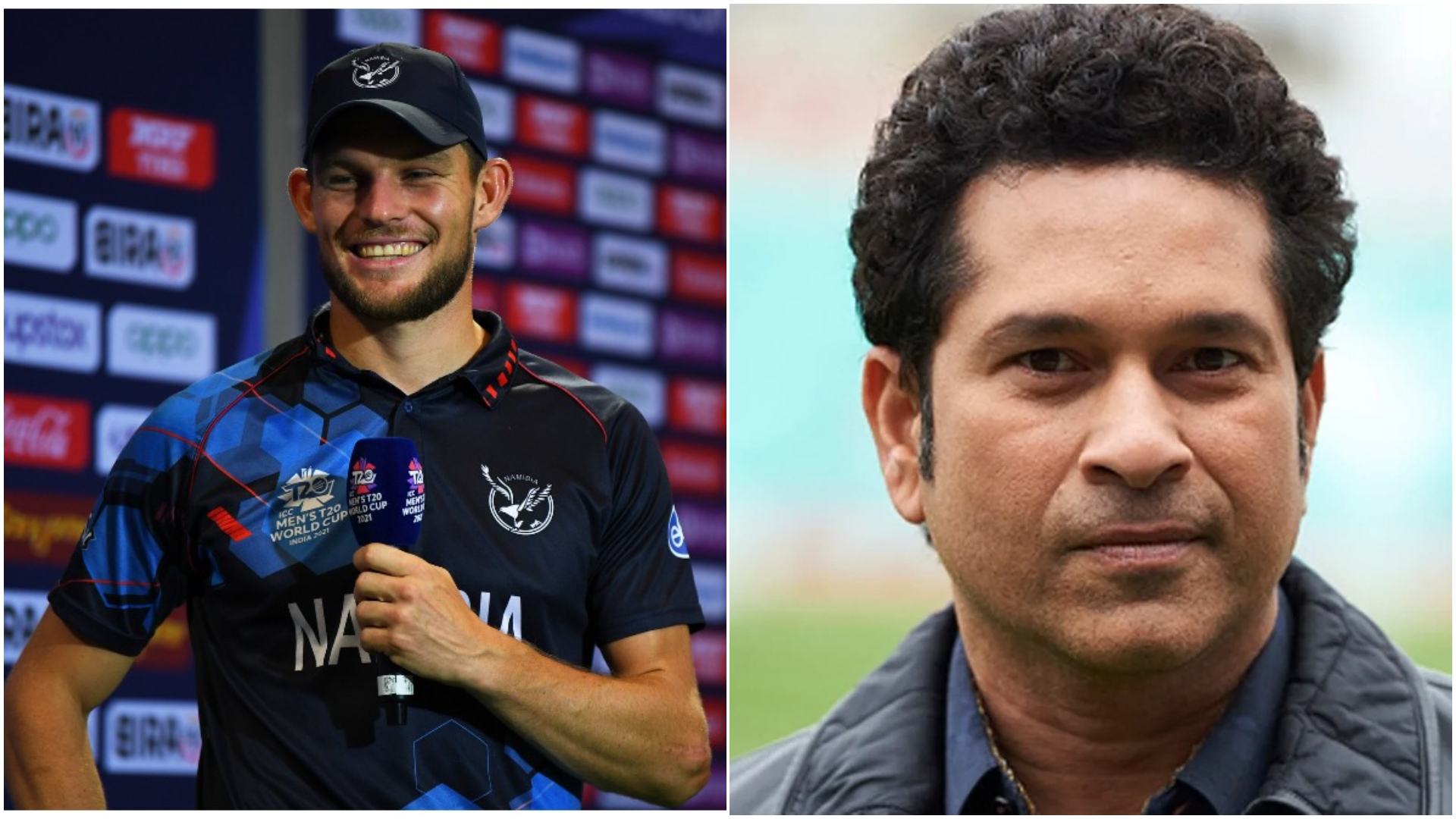 The legendary India batter Sachin Tendulkar took to Twitter and lauded the Erasmus-led side. “Namibia has told the cricketing world today… “Nam” yaad rakhna!” he wrote. Now, Namibia skipper Erasmus took to the micro-blogging site, and responded to Tendulkar’s message with a three word tweet.

Namibia made a turnaround as they recovered from 93 for six in the 15th over to post a challenging 163 for seven in 20 overs. Jan Frylinck (44 off 28) and JJ Smit (31 not out off 16) did the damage in the death overs, sharing a 69-run stand off 33 balls to raise concerns in the Sri Lankan dressing room

In reply, they bundled out Sri Lanka for 108 runs in 19 overs. Ben Shikongo, Bernard Scholtz, Jan Frylinck and David Wiese took two wickets each for Namibia while JJ Smit claimed one wicket.

At the post-match presentation ceremony, Erasmus praised his players for the special win but said the team has a bigger goal in mind:

“Incredible journey, last year was a special experience for us. We’ve started with a great win, but lot of work to do throughout this tournament still. It’s been a historic day for us. The opening day has been quite special but we want to kick on from here and qualify for the Super 12 stage.”

“We understand the bigger picture as well. Credit goes to Pierre (de Bruyn) the way he has installed coaching to this team, one that’s a winning culture and one that sticks together. With the limited resources, I don’t think there’s anyone else that could run such a tight ship,” he said.