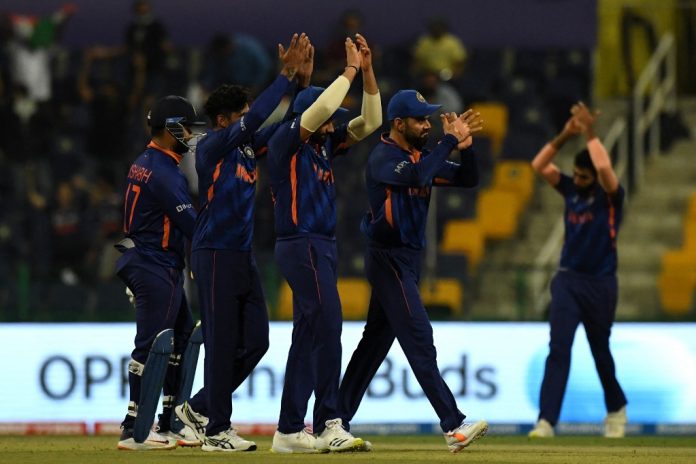 Team India emerged victorious against Afghanistan by 66 runs at the Sheikh Zayed Stadium in Abu Dhabi. They squared off in the crucial Super 12 clash in the ongoing T20 World Cup and the Men In Blue have kept their semi-final hopes alive. After winning the toss, Afghanistan captain Mohammad Nabi put Virat Kohli’s men to bat first as they posted a massive total of 210/2 after the end of the allotted 20 overs. India’s brilliant bowling performance stumbled the Afghan batters as Virat Kohli and co. bagged a significant win in the tournament. 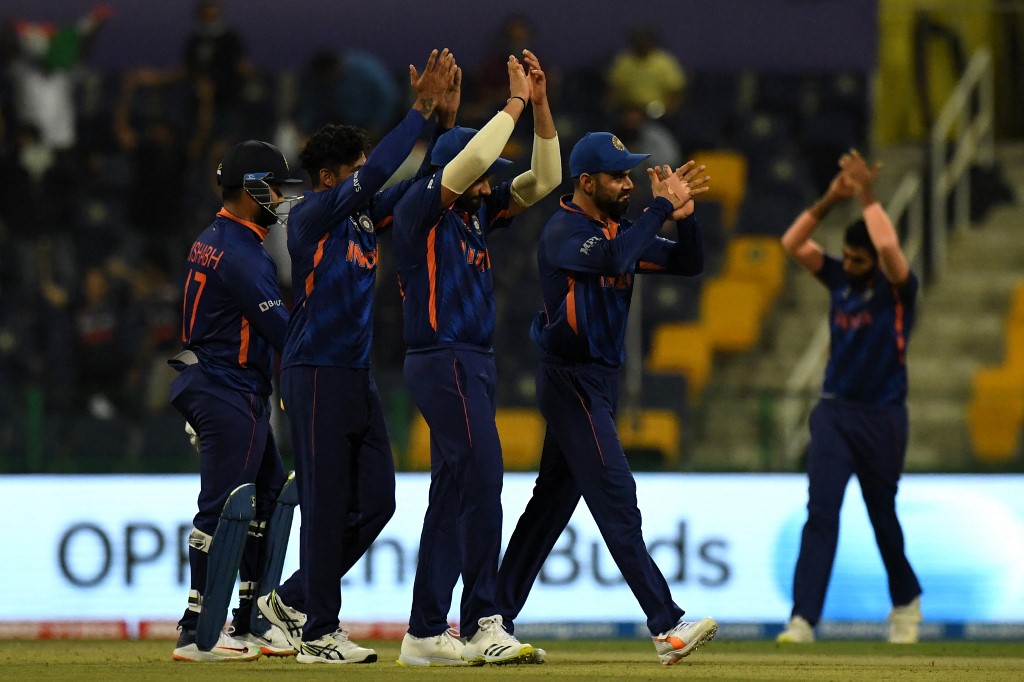 India made a couple of changes heading into the game as they rested Varun Chakravarthy who was suffering a niggle and was replaced by Ravichandran Ashwin while Suryakumar Yadav was also declared fit and replaced Ishan Kishan.

KL Rahul and Rohit Sharma gave a great start to the innings as they amassed a solid opening stand of 140 runs. Both openers played great shots and managed to hit boundaries and sixes to give the team a flying start, something that they failed to achieve in their matches against Pakistan and New Zealand. The openers scored great half-centuries before departing in quick succession. Rahul was dismissed after scoring 69 runs off 48 balls while Rohit departed for 74 runs in just 47 deliveries. They brought up a century partnership in the 12th over.

Rishabh Pant scored 27* and Hardik Pandya 35* who gave the finishing touches to help the team cross the 200-run mark and saw India’s second-highest team total in the history of the tournament.

Pacers Mohammed Shami and Jasprit Bumrah picked up early blows while Ravindra Jadeja and Ravichandran Ashwin also chipped in with wickets as Afghanistan lost seven wickets. They managed to score a total of 144 runs at the expense of seven wickets.

Shami picked up three wickets while Bumrah and Jadeja one each. Ashwin bagged two dismissals. The top and middle-order crippled easily but Md. Nabi and Karim Janat showed some ray of hope but they ran out of overs, resulting in a defeat against Virat Kohli’s men.

India will next face Scotland while Afghanistan will face New Zealand.